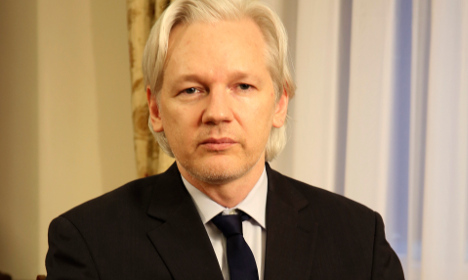 "The Supreme Court grants leave to appeal in the matter regarding the arrest," said the court in a statement on Tuesday, although a date has yet to be set.

Sweden first issued a European arrest warrant for Assange, 43, in 2010 following allegations from two women in Stockholm, one who claimed rape and another who alleged sexual assault, accusations which he denies.

The Wikileaks founder has long fought to have his arrest warrant overturned.

Following a statement by Sweden's highest court last month saying that it would consider the appeal, Tuesday's announcement confirms that the court has now formally agreed to hear his case.

TIMELINE: How the Assange saga has unfolded

The decision comes as Swedish prosecutors are set to travel to London to question Assange at the Ecuadorian Embassy, where he has been holed up since seeking asylum there more than two years ago.

Assange has refused to return to Sweden to refute the allegations, fearing that Stockholm would extradite him to the US to be tried for his role in Wikileaks' publication of classified US diplomatic, military and intelligence documents.

Prosecutor Marianne Ny said in a press release in March that the reason the request to interview Assange in London was eventually made is that a number of the crimes he is suspected of will be subject to 'statute of limitation' in August 2015, which refers to the maximum time after an alleged offence that legal proceedings may be initiated according to Swedish law.

"My view has always been that to perform an interview with him at the Ecuadorian embassy in London would lower the quality of the interview, and that he would need to be present in Sweden in any case should there be a trial in the future. This assessment remains unchanged," said Ny in March.