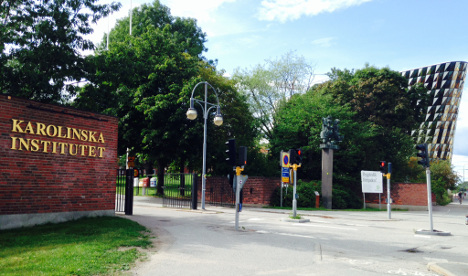 Sweden's universities have earned top spots in the fifth edition of the QS World University Rankings by Subject, showing an increased competitiveness on the international stage.

The Karolinska Institute was classed particularly highly, earning first place in dentistry. The Stockholm-based university also secured sixth place in the top ten for Pharmacy and Pharmacology, ninth place in Medicine and 40th in Biological Sciences.

The University of Gothenburg was also ranked highly for dentistry, securing third place.

The Swedish University of Agricultural Sciences also made the top ten, coming in at tenth place for its specialization, Agriculture and Forestry.

This year’s results were based on the opinions of 85,062 academics and 41,910 employers, as well as the analysis of 17.3 million research papers and over 100 million citations. A total of 36 disciplines were ranked.

American universities dominated the rankings in terms of the subjects in which they lead.

Together, Harvard and the Massachusetts Institute of Technology (MIT) secured top places in 21 subjects.