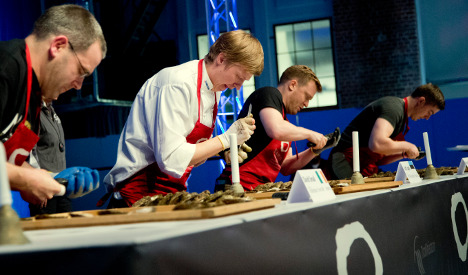 Many of you will no doubt be celebrating Walpurgis (Valborg in Swedish) tonight in your respective towns and cities. To find out more about the very Swedish celebration click here.

On Friday English stand-up comedian Eddie Izzard will be performing at Gothenburg’s Scandinavium and at Stockholm’s Globen on Saturday as part of the Stand Up for Stockholm and Gothenburg comedy event. Other acts include Swedish comedy greats Jonas Gardell , Bianca Kronlöf and Tiffany Kronlöf, Henry Schyffert , Magnus Betnér and David Sundin.

This weekend market stalls and food trucks will line the beautiful waterfront at Stockholm’s Hornstull Strand for the first Loppis (fleamarket) of the year. Perhaps best described as a hipster’s paradise, the market sells everything from vintage clothes to antiques and handicrafts and will take place every Sunday right through to the last weekend of September.

And on Friday and Saturday the south-west coastal town of Grebbestad will host the annual Nordic Oyster Opening Championships where oyster connoisseurs will compete for the title of “Best Oyster Opener in the Nordic Countries. It’s the tenth anniversary this year so it’s going to be extra special.

Over in Malmö, Kvartett, an opera based on the famous French epistolary novel Liaisons Dangereuses, has just opened at the city’s Opera House. First performed in Milan at La Scala in April 2011 the opera has had glowing reviews. It is performed in English and is directed by the Opera House's chief director Stefan Johansson. See below for a preview.