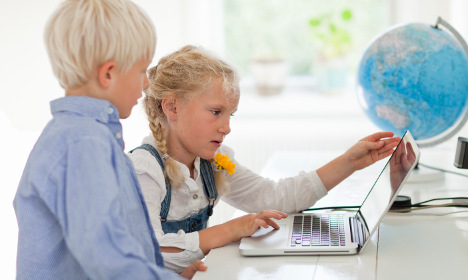 Around 2.2 million customers subscribe to mobile broadband services in Sweden, particularly in rural areas where it is often the only alternative for internet access.

But according to a report by public broadcaster SVT, package deals are getting pricier and are often sold with limited free data usage – which leads to expensive top-ups when internet users hit the limit before the end of the month.

According to SVT, the best value for money deal offered by Nordic telecom giant Telia Sonera is 40 gigabit of data usage for 399 kronor ($47.58) a month. If you want to buy more data usage beyond the upper limit, it will cost you 29 kronor per gigabit.

This compares to a similar package in Denmark, where customers are offered 500 gigabit for the equivalent of 499 kronor.

“The conditions are completely different. Sweden is significantly bigger than Denmark and has a completely different geographical layout, which affects network costs. In Denmark the price pressure is huge in the telecom business,” Telia Sonera press officer Irene Krohn told SVT.

The price variations are also seen across the border in Norway and Finland. Via its subsidiary Netcom, Telia offers its Norwegian customers 100 gigabit per month for 650 kronor.

In Finland data usage is unlimited and the price is instead determined by speed. The Finnish-owned part of Telia Sonera offers its customers free browsing and a theoretical maximum speed of 80 megabit a second for 230 Swedish kronor a month.

Sweden is frequently listed as one of the tech savviest countries in the world, with 75 percent of the population owning a smartphone.

An EU report earlier this year measuring various indicators such as connectivity and internet skills ranked Sweden as the second best country in the union for 'digital performance', just behind Denmark. The report praised Sweden for making fixed broadband services available for 99 percent of homes.

But in rural areas, many complain of poor internet connection. And according to SVT reporters, who have spoken to residents in Tornedalen on the border to Finland, high prices and limited data usage have made many of the area's mobile broadband users opt to connect to Finnish telecom masts instead of Swedish.

The European Union has said that all citizens should have access to broadband of at least 30 megabit per second by 2020 at the latest. Rickard Dahlstrand of the Foundation for Internet Infrastructure, .SE (Stiftelsen för internetinfrastruktur), told SVT that the limited data offered by Swedish telecom providers often run out.

He added that many of today's package services on offer are too abstract for customers, who struggle to understand the concept of gigabit per second.

“It's very abstract. I want comparative prices instead. How many gigabits do I get per krona?” Dahlstrand told SVT.