“I met Anna and the rest is history,” Wright tells The Local. “I’ve been here 22 years now, and we have three kids and a house.”

But his history isn’t without its hiccups.

When Wright first moved to Stockholm so many years ago, he arrived in June – ideal timing in regards to the weather, but a bit problematic for his job hunt.

“Sweden is pretty dead in June and July,” he says. “Nothing happens.”

The best work he could find was as a postman, cycling around Stockholm. He also applied for a position as a language instructor at Berlitz, and began working part-time on a freelance basis there in September.

“I did both for a while, delivering post in the morning and giving English lessons in the afternoons,” he recalls. “And that worked out okay.” 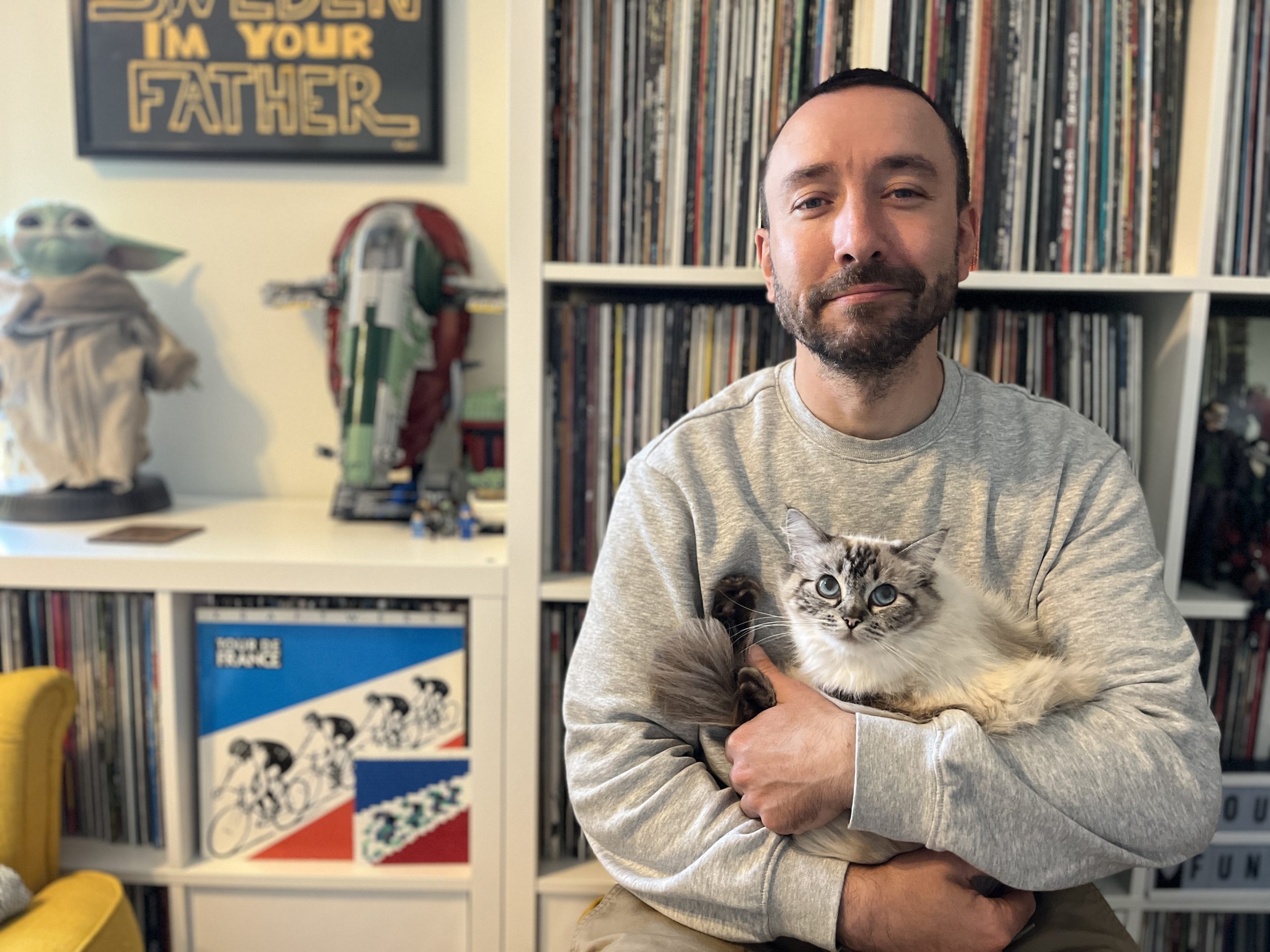 But as warmer weather rolled around again, business with Berlitz slowed to a trickle, and then vanished entirely for the summer.

“It was very seasonal, and there were summers where I basically became unemployed,” he says.

While those seasonal setbacks were a real headache for Wright in the early days of his Swedish working life, today they wouldn’t be an issue, as Wright is now a member of Akademikernas a-kassa, an unemployment benefit fund specifically for workers with higher education.

Back then, Wright didn’t know about the fund.

“I had been here for well over a year before I even knew that it existed,” Wright tells The Local. “When you move here no one tells you about those small but important things, like unemployment insurance.”

Wright ended up hearing about ‘a-kassan’, the colloquial Swedish term for unemployment funds, from a friend.

“Luckily I landed on my feet and wasn’t unemployed for long,” he says. “But I wish I had known about it sooner; it would have saved me a lot of worries.”

Wright adds that the Swedish a-kassa system is much different from the UK government unemployment service, where “you would get next to nothing for being unemployed”.

“You can’t even compare the two. Here, you get 80 percent of your salary if you become unemployed.”

Akademikernas a kassa is the unemployment insurance for graduates. Discover how it can look after you and your family

In Sweden there are several independent unemployment insurance organizations, many of which have certain qualifications for different job types.

Wright chose Akademikernas a-kassa, and has been a satisfied member for more than a decade now. The only requirements to join are that you have a Bachelor’s degree and have been working in Sweden.

“It’s basically for those who have a degree; it doesn’t really matter what profession you have,” Wright says. “And it’s only 130 kronor a month. It’s not even worth thinking about; just do it.”

Once he knew about it, the fund helped Wright stay on his feet in Sweden, and though he hasn’t had to use benefits for a while, he says his membership has always been a welcome safety net.

“I also benefited when I started my own company and went freelance,” he says. “It was a nice security; the peace of mind that I had it to fall back on if things didn’t work out.”

There have been other membership advantages as well, he adds.

“When I bought an apartment in Sweden, one of the requirements to get a mortgage was that I was in an a-kassa. So it’s a nice thing to have in a lot of ways.”

Richard is now working as a fully qualified teacher at an international school in Stockholm. He’s noticed that many of his colleagues remain unaware of the benefits available through unemployment insurance plans like Akademikernas a-kassa.

“I was talking with some teachers today who had just arrived from the US and Canada,” he says, “and no one really tells them this kind of thing, in the same way, I was never told. Basically, it’s the first thing you should do, as soon as you get a job. It’s a very easy process, and it’s so cheap.”

For Wright, membership in the a-kassa has not only eliminated a lot of worries but also made him feel at home in Swedish society.

“For me, once you understand more about the Swedish system, it becomes a mutual support thing,” he explains. “Once you’re part of the system here, you’re sort of looked after. I don’t mind paying the fee to support other people. It’s about solidarity.”