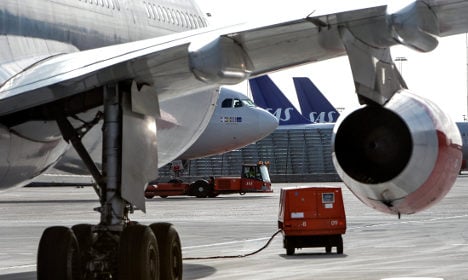 Peter Larsson, chairman of the pilots' union's SAS department thinks the negotiations have been complicated and largely boil down to defending jobs and pilots' career opportunities within the company.

“We have many unsolved questions in many areas that are important to us. The parties have for some time been far apart on these issues and we don't see that the negotiations are going anywhere,” he said in a press statement issued by the Swedish Pilots' Association (Svensk pilotförening, SPF).

SAS has previously said it wants to simplify the current, very detailed, contracts. The company also wants greater flexibility to appoint seasonal workers. Current staffing levels are adapted to the summer season, when the airline carries more passengers, which creates higher costs during the not as busy winter months.

The company penned a deal with the Danish pilots' union in March and said its ambition was to sign similar agreements with its Swedish and Norwegian pilots. In Norway negotiations are still ongoing.

Malin Selander, SAS press officer in Sweden, said that the company was surprised by today's move. She added she hoped to continue discussions with the pilots.

But she refused to comment on whether SAS' entire Swedish fleet was likely to be grounded in less than two weeks when asked by news wire TT, and added that the focus remained to sign an agreement with the union.

Earlier this year, both SAS and Norwegian pilots went on strike in Scandinavia to protest their wages and conditions.