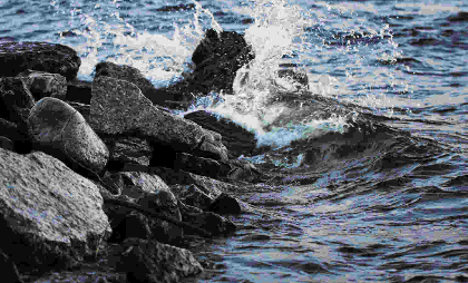 A lake in the Östersund region where the rescue happened. Photo: Tina Stafren/Image Bank Sweden

After Stolt watched a boat capsize in Digernäs on Sunday, plunging its passengers into cold water, he decided to try and reach the group himself using a small skiff boat.

Unable to find a paddle, he grabbed a piece of wood he found by the shore of the lake to help push him 150m towards the passengers, who he feared might drown.

“I felt I had to do something,” the 77-year-old told local newspaper DT, adding that he had been in the area to do a spot of fishing.

Asked if his makeshift paddle was heavy, he responded: “Heavy, but that is not that kind of thing you think of when it comes to life and death.”

Stolt reached the group and was able to rescue two passengers who had tried to swim to safety, but were struggling in the water.

A third passenger had managed to cling to the edge of the group’s boat to avoid drowning and was rescued soon afterwards by a passing motorboat.

The chilly crew were then checked over by emergency services who had reached the scene.

A spokesperson for the region’s police force, Göran Nilsson told the paper that Stolt’s emergency rescue had been a success.