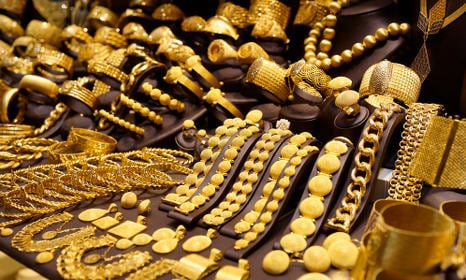 Witnesses said that the men used an excavator to ram into the front of the shop before using sledgehammers to finally gain entry to the premises.

The masked men were then seen to escape the scene of the raid with several items of gold jewelry. As they escaped they threw tyre deflation spikes to the ground to hinder any police in pursuit.

The area around the shop in Kista has been cordoned off and police are looking for suspects in the area.

Police say shop staff were present during the raid but that nobody had been hurt.

The incident comes just a few weeks after a very similar raid on one of the shops of electronics chain Elgiganten in the Bromma area of the Swedish capital in the early hours of a Friday morning.

In that raid the gang also used heavy machinery to batter their way into the shop and they also distributed tyre deflation spikes as they fled with several items of electronic equipment.