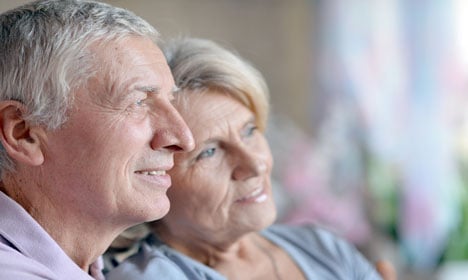 Sweden has reason to be more optimistic about a greyer future than many others in the EU. Photo: Shutterstock

The European Commission’s 2015 Ageing Report, released last week, set out some uncomfortable truths about demographic developments in the EU bloc that will put pressure on countries’ pension and health care schemes.

Europeans are living longer than ever and having fewer children, which means the number of elderly and retired people is set to climb. While today, there are four workers for every pensioner, but 2060, there will just be two. At the same time, an older population means overall health care needs and costs will increase.

However, Sweden came out relatively well in the report. While the burden on public resources is set to increase over the next decades in the country, the report predicted the situation will not be as serious as in many other countries.

The number of employed people in Sweden is set to grow until 2060, unlike the EU average. The main reason for this is an immigration rate that is higher than most other EU countries.

“The percent of the working-age population that is born in Sweden will shrink in the future,” said Jonas Norlin, an analyst in the Finance Ministry working on long-term prognoses and a member of the EU Ageing Working Group.

According to him, the workforce coming from outside the country and the high general percentage of people who work, including a high percentage of women, will help Swedish meet the demographic challenges and withstand the pressures placed on the welfare system better than many others.

“Sweden is in a relatively good starting position,” said Norlin.

But maintaining health care systems, around the EU and in Sweden, is going to pose a particular problem, he warned.

“The report shows that caring for old people is going to be a real challenge,” he said.

This fall, the EU will release a set of recommendations on how EU governments might tackle the challenges of its greying populace.