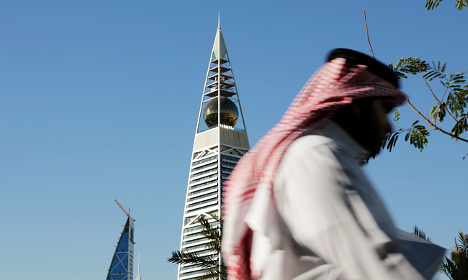 The outlook seemed bleak, but a month later the ambassador was back in Stockholm and Riyadh said it would start issuing visas again.

And now it appears that it’s business as usual between the two countries, with secretary of state Oscar Stenström arriving in Riyadh for talks alongside business titan Marcus Wallenberg and the head of the Stockholm Chamber of Commerce, Maria Rankka.

The Swedish delegation is scheduled to meet Saudi government officials, as well as Swedish and Saudi businesspeople.

“That’s a requirement, also for business contacts,” he said.

The minister said the trip had been planned well in advance, adding that the Swedish government was keen to expand its non-military cooperation with the Middle Eastern kingdom.

“Sweden makes it clear that we should have economic exchanges even with countries that are not fully democratic and do not share our views on all issues,” said Damberg.