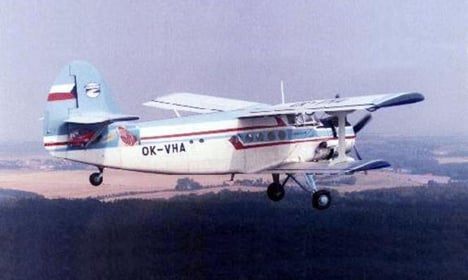 An aircraft similar to the one that went missing. Photo: AP Photo/FAS

The aircraft's two pilots were nowhere to be found, Lithuania's defence ministry said on Tuesday.

“There were no bodies in the aircraft, so we're continuing our search,” defence ministry spokesman Vaidotas Linkus told the AFP news agency.

The Antonov An-2 civilian aircraft disappeared on Saturday afternoon with two experienced Lithuanian pilots and no other passengers on board.

The pilots did not issue a distress signal before their plane disappeared in good weather conditions, nor did they report any problems when they made their last contact.

A Lithuanian military ship detected the aircraft at a depth of 124 metres (407 feet) and 116 kilometres (63 nautical miles) from shore,  the ministry said, adding that an underwater camera identified the plane's registration number.

The aircraft was heading from Älvängen, north of Gothenburg in western Sweden, to the Lithuanian city of Klaipeda when it went missing.