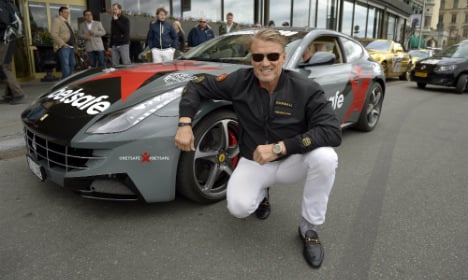 While the two macho stars will be providing some of the muscle behind the wheel, the beef under the bonnet will be displayed in the form of a Porsche 918 Spyder, a Ferrari LaFerrari and a Pagani Huayra, according to the Aftonbladet daily.

The horsepower-addled vehicles and their drivers will be on display on Gustav Adolfs torg in central Stockholm on Saturday before heading off for Las Vegas via Örebro, Oslo and Amsterdam on Sunday.

The rally has been notorious in the past for excessive speeding and a fatality and the 2015 event will be closely watched by the Swedish police, according to the newspaper.

“We will be monitoring along the entire route, as long as they are in Sweden. But we do not anticipate that there will be any traffic jams,” said Göran Bolinder at the Swedish police to Aftonbladet.