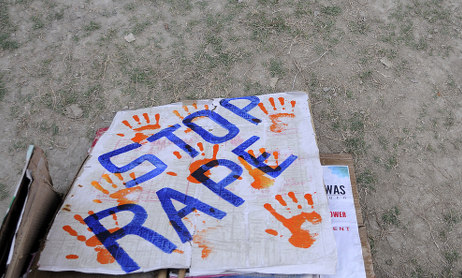 Gandhi began her short visit to Sweden by claiming that India is among the countries with the least number of rapes in the world. “We have four rapes per 100,000 women, while Sweden has more than 130,” she said in an interview with Swedish television network, SVT on Sunday.

The problem of rape in India was highlighted in 2012 when a young woman died after a gang rape on a bus in Delhi. Since then a number of high-profile sexual assaults has further tarnished India’s reputation.


However, according to Gandhi, the resultant huge protests in the country has created greater awareness among the public and led to more women daring to report rape. However, Indian women’s rights advocates are likely to criticise Gandhi’s comments – they claim that there is still a huge problem with unreported rape in India.

Rape is a sensitive subject and the BBC documentary “India's Daughter” about the rape in Delhi, was banned in India earlier this year.

Gandhi is visiting Sweden to inaugurate Namaste Stockholm, a festival organised by the Indian embassy to showcase India as a culture and tourism hub. She will also participate in a discussion on gender diversity.