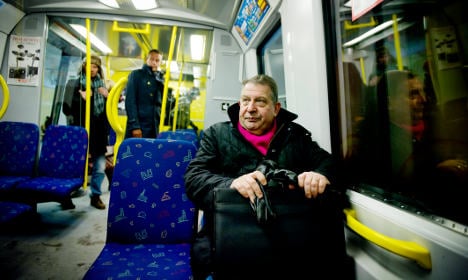 Anders Lindström, who is the chief executive of Stockholm's public transport group SL, was fined HK$5,000 (5,445 SEK, $644.93) in Tsuen Wan Court on May 12th after he admitted taking a credit card holder from a store at Chek Lap Kok airport in Hong Kong.

Lindström, 60, who was temporarily suspended from his post following the incident, told Swedish media he had gone into the shop to buy a present for his wife, but forgot to pay for the wallet on his way out.

“I am accepting the consequences and paying my fines. It's not like I am urging people to steal,” he told Swedish Radio at the time.

Over the past two weeks transport chief has already been suspended from a number of other positions, including his post as director of Stockholm county council's transportation administration.

On Tuesday morning he was also removed as chairman of a long list of SL subsidiaries, including SL Infrateknik AB, SL Finans AB and Älvsjö AB.

“When these things happen I think it is reasonable that there be consequences, and I can only state that in this case there have been consequences,” Stockholm county councillor Kristoffer Tamsons, of the centre-right Moderate party, told Swedish newswire TT on Tuesday.

Lindström will continue to receive his salary during his six-month notice period.

News of his resignation comes a week after reports that Stockholm's four centre-right Alliance parties were pushing for a major price hike for the SL monthly travel card stirred debate in Sweden.