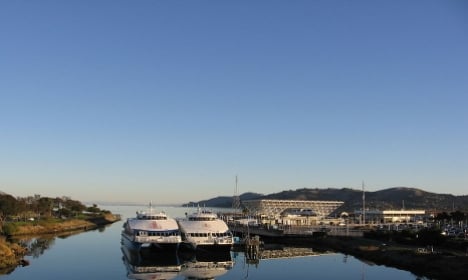 Elisabeth Martinsson was working as a family nanny and studying at a local college in Marin County, north of San Francisco, when she went missing in January 1982.

The car she was driving was subsequently found in the possession of a man who had served 10 years in jail for rape. A homicide investigation was eventually dropped for lack of evidence.

A spokesman for the Alameda County coroner's bureau, Paul Graves, told the AFP news agency on Tuesday that the investigation into the case had resumed after the remains were positively identified as those of the missing girl.

Previous reports in the Swedish media earlier this month indicated that Martinsson's remains had been found.

The Marin Independent Journal, which first alerted the world to the identification, said the main suspect, Henry Lee Coleman, was previously tried on auto theft charges.

During his trial a witness said she saw a man resembling Coleman approach a woman resembling Martinsson, and that they got into the car like the one the Swedish student was driving.

The newspaper said a partial skeleton was found in a canyon near Fremont in 2010, and was identified last November using dental records. The newspaper did not say why the identification was only confirmed this month.

Only seven bones were found, out in the open, with no clothing or other belongings found at the scene, it said.

The remains have been cremated and are due to be sent to family members in Sweden.

Martinsson was from Uddevalla, a town north of Gothenburg on Sweden's west coast, the newspaper said.