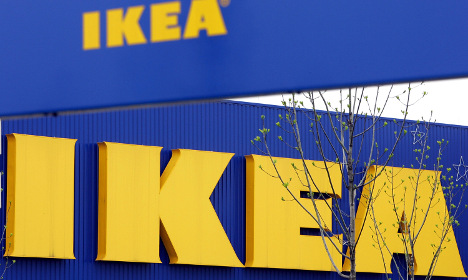 The Ikea Foundation further pledged it would spend 400 million euros up to 2020 to support families and communities who are most affected by climate change. It did not specify in which countries.

Ikea said its initiatives were an effort “to accelerate the transition to a low-carbon economy”.

Being energy independent would mean it produces as much renewable energy as it consumes in its buildings.

Ikea Group, which invested 1.5 billion euros from 2009 to 2015 in renewable energy, has already committed to own and operate 314 offsite wind turbines and has installed 700,000 solar panels on its buildings worldwide.

Those initiatives have enabled Ikea to be 70 percent energy independent, the company's sustainability spokesman Jamie Rusby told the AFP newswire on Thursday.

The aim to become 100 percent dependent had already been announced in 2012, as part of a programme called 'People and Planet Positive', which also highlighted the need for energy savings.

“Climate change is one of the world's biggest challenges and we need bold commitments and action to find a solution. That's why we are going all in to transform our business, to ensure that it is fit for the future and we can have a positive impact,” Ikea Group chief executive Peter Agnefjäll said in a statement.

But challenges lie ahead for the Swedish furniture giant, which reported sales of 31 billion euros last year.

The Fortune magazine questioned in a report earlier this year whether a company that “uses about 1 percent of the world's commercially logged wood” could ever become green.

And an internal survey by Ikea in 2014 suggested that only 41 percent of its customers see it as a firm that “takes social and environmental responsibility” seriously.