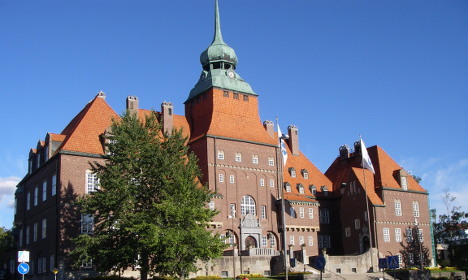 The incident, involving several people, occurred near Östersund town hall at 3.30am on Saturday morning.

A man who was injured in the altercation, and is now in hospital, has been arrested on suspicion of murder, according to Oscar Berglund, police duty officer in Östersund.

According to police spokeswoman, Cecilia Modin, "The suspect was reportedly attacked by the deceased's friends. But the circumstances are a bit unclear so far and the origins of the row are unknown."

Two other men were arrested in connection with the knife fight. Police are now talking to several witnesses.

According to Berglund, "We have a pretty good picture of what happened, but there is nothing we can express our opinion on. The investigation is at a sensitive stage."