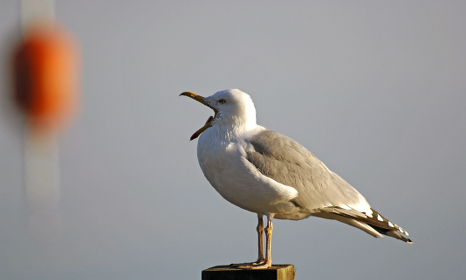 The bird was discovered in the man's dark, tiny bathroom when an animal welfare inspector made an inspection following a complaint, according to Örebro newspaper, Nerikes Allehanda.

The man said that he had captured the bird as a chick and had since fed the fish and vitamins, and also let it fly in his apartment.

According to the inspector, the herring gull will be unable to fend for itself in nature, as it has not learned to forage for food itself and has never flown outdoors. Since it is prohibited to catch and care for wild birds without a permit, the decision was taken to destroy the bird.