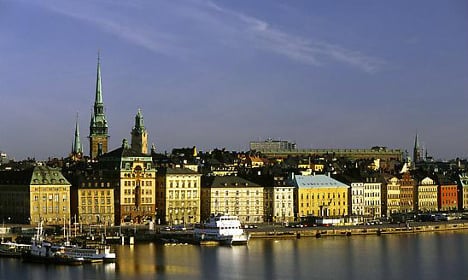 Neighbours of the man complained after spotting the tenant walking au naturel in the stairwell, the laundry room and even in the garden of his apartment building in Stockholm's Gamla Stan (Old Town).

The man had been renting the apartment in the historic area, which is packed with cobbled streets and tourist stores, since 1983.

He had been making sporadic naked appearances since 2011, according to the Swedish newspaper Hem och Hyra.

IN PICTURES: The ten rules of getting naked in Sweden

His concerned landlord contacted both the man’s brother and the Social Welfare Board to complain about his unusual behaviour and at the end of 2013 the tennant was given a written warning.

But in 2014 he returned to his nudist habits, which were even caught on camera by his neighbours.

Both the Rent Tribunal and the Court of Appeal said on Wednesday that they considered there was enough evidence that the man had been sufficiently warned of the consequences of his behaviour and should therefore be stripped of his lease.

It is unclear where the man will move to, with the Swedish capital currently experiencing a serious housing shortage.