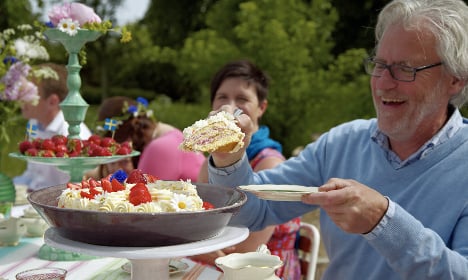 Strawberries are considered an integral part of Sweden’s Midsummer celebrations, most importantly as a garnish for traditional strawberry cream cakes.

But with just a week to go until the Swedish national holiday, farmers are voicing their concerns that there might not be enough of the fruit to go round.

“It’s a disaster for the Swedish people and also for strawberry growers,” Anders Hagberg from the Federation of Swedish Farmers (LRF) told Swedish news agency TT.

“The farmers have done what they can. This is their livelihood and they do not want to fail.”

According to Hagberg, the disappointing yield is down to the cold weather this spring.

“In order to produce enough strawberries in time after the cold spring, the temperature would have had to have been at 25 degrees during the day and 15 degrees at night for the past two weeks,” said Hagberg. “And it has been far from that.”

He added that the situation might resolve if the current good weather in southern continued but noted that it was set to get colder in the next few days.

Sweden’s weather was much chillier than average last month, with temperatures edging above 20C on just three days in Skåne in the south of the country. Kristianstad recorded a high of 21.4C, its lowest peak temperature in May since 1962.

It was also the wettest May on record since 1962 for Sweden, with double the average rainfall for this time of year across much of the Nordic nation.

Stockholm in particular bore the brunt of the recent downpours. In fact, the capital hasn’t had such a rainy month at this time of year for more than two centuries.

READ ALSO: May weather in Sweden was worst since 1962