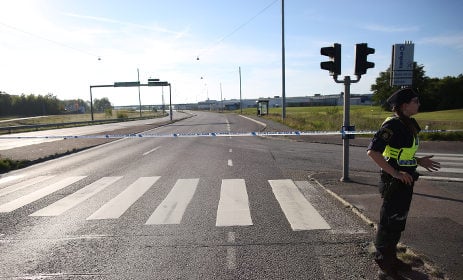 The car exploded at a roundabout in Torslanda on Friday evening. A loud bang was heard, according to several witness statements.

Three men and a child were in the car.

“The girl was off school on Friday and was going fishing with her dad and his friends,” one relative told Sweden's Aftonbladet newspaper.

The child's father, a 29-year old man, also died in the explosion.

Police have not arrested any suspects or established a motive but the girl's relative believes the explosion was deliberate.

“We do not know what happened. But we believe it was a bomb,” said the relative.

When asked why anyone would want to plant a bomb, the relative answered: “They lived in Biskopsgården, that's enough.”

Biskopsgården is one of a number of suburbs where a string of high-profile killings have taken place since the start of the year and highlighted the rising problem of gang violence in Sweden's second-largest city.

Last month, a man in his twenties died after a shooting in Partille near the city, just days after another person was taken to hospital with multiple gunshot wounds after an attack in the Gamlestaden area of Gothenburg.