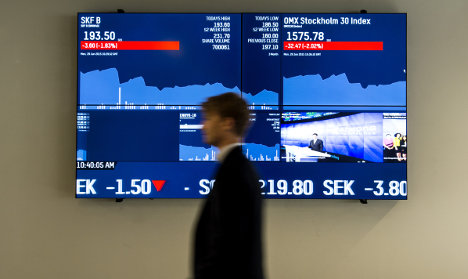 Speaking to Swedish public broadcaster SVT on Sunday, Finance Minister Magdalena Andersson said that Greece was on an uncertain path after a majority of voters rejected the eurozone’s terms for the country keeping the single currency.

“It is not clear what the way forward is for Greece and the Greek economy,” she said, adding that there were likely to be tough times ahead.

“Much depends on how the talks go in the next few days between Greece and those who have lent money to it, namely….other euro countries.”

Greek Prime Minister Alexis Tsipras has already spoken to French President Francois Hollande over the phone and he is meeting the leader along with German Chancellor Angela Merkel in Paris on Monday.

More than 60 percent of Greek voters voted against the conditions of its latest bailout, rejecting further austerity after years of cuts following the financial crisis.

The move leaves Greece facing a possible financial collapse and exit from the euro.

Since Sweden is not in the eurozone, Andersson said the result of the referendum was not expected to have an immediate impact on the Scandinavian country, which does little business with the southern European nation, but explained that it could suffer as a result of wider economic uncertainty in Europe.

“Swedish banks are not exposed to Greece and we do not have much direct trade. But if there is turbulence in the currency market and the financial markets, then it could affect Sweden,” the Finance Minister said.

By contrast, Germany, France, Italy and Spain have all lent substantial sums of money to Greece.

However on Monday morning Stockholm's stockmarket was already down by 1.4 percent, while other markets in Europe, Asia and Australia also felt economic jitters.

The euro dipped against most currencies including the Swedish krona, with 100 kronor now worth 10.64 euros. In the short term this is good news for Swedes travelling to eurozone countries who will be able to get more euros for their money than ahead of the referendum. However financial experts have warned that a weak euro could cause problems for Swedish exports in the longer term, as it will become more expensive for eurozone countries to trade with Sweden.

Swedish tourists travelling to Greece this summer are still being warned to withdraw cash before setting off, because many Greek shops and restaurants are only accepting cash in the wake of the crisis.