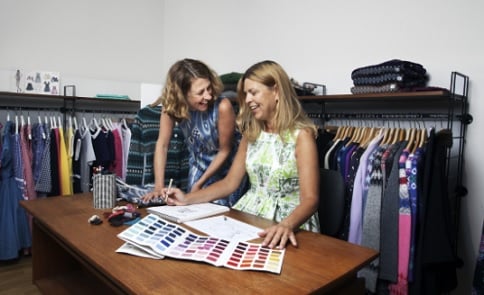 For a small country such as Sweden with an export-driven economy, trade has always been a critical issue. So it's no wonder that the Transatlantic Trade and Investment Partnership (TTIP) was the subject of hot debate at Almedalen this week.

But why is the agreement so controversial in in the first place?

EU Commissioner Cecilia Malmström opened the dialogue by admitting that much of the debate over TTIP is due to complicated relationships with the US.

”I never get questions about our trade deals with Japan or Mexico,” she remarked. ”the US awakens very stong feelings in many countries, and after the Snowden affair there is a certain distrust of the US.”

”We call it TTIP. Any time an acronym is used, things get controversial,” he quipped. ”And it's in partnership with the most controversial acronym of all: USA.”

However, Fjellner also argued that such suspicion of the trade agreement is misplaced – and reminiscent of similar discussions decades ago which would now be considered redundant.

”It reminds me of back in the 1990s when we were discussing whether or not to join the EU in the first place,” he said. ”It's the same arguments, and sometimes even the same people bringing them up. It was also controversial. Only this time we're worried about hormones in American meat instead of German.”

“The controversy about #TTIP reminds me of the controversy when Sweden discussed joining the EU,” says @Fjellner #EUiAlmedalen #AlmedalenENG

Ludvigson expressed hope that the agreement will come into effect as quickly as possible, explaining that the US is one of the most important markets.

”We need to export more to the US. Swedish industry needs TTIP.”

Max Andersson noted that one potential problem of TTIP was the fact that smaller nations may buckle under pressure from the US on certain points – lowering standards and potentially leading to environmental damage and worsened regulations in many regards.

”There are documents that reveal the pressure US has put on other nations for changing rules, for instance with hormone use in food,” he said. ”The US has much worse regulations than many EU nations when it comes to things like antibiotics and food.”

”That's not how it works,” she responded. ”I would have lost my job a long time ago if we just gave in every time the US didn't like something.”

Tense atmosphere at #TTIP discussion- EU representatives insist they don't give in to US pressure #EUiAlmedalen pic.twitter.com/7dz4Ew7wLy

Fjellner agreed and said that if the EU can agree on certain high standards with any other global partner, it would be the US.

”If the US and the EU can agree on a standard, then it can become a global standard. Everyone wins,” he said.

However, he also noted that the same standards may also be a roadblock to reaching an agreement.

”We both have high standards, and neither the EU nor the US is used to compromising.”

Malmström pointed out that trade agreements do not necessarily mean that nations must compromise on their standards, and noted that Europe has been trading with the US since the 1700s.

”And we haven't been worse off for it,” she said. ”The EU has still managed to take enormous steps forward. That won't change with TTIP.”

Malmström added that she hopes TTIP will be a reality by the time that President Obama leaves office.

”The US is our biggest trade partner and it's incredibly important. And with the exception of just a few countries, the EU Parliament is very supportive of this agreement.”

This article was produced by The Local in partnership wih the EU Commission in Sweden.

Finance Minister Magdalena Andersson said trade tensions were slowing growth. Photo: Anders Wiklund/TT
In its latest prognosis, the country's finance ministry expects the country's economy to grow by 1.1 percent in 2020, down from the 1.4 percent it predicted in last September's budget.
“We expect growth in Sweden to start slowing,” Finance Minister Magdalena Andersson said as she released the new figures.
“There is a fairly broad consensus on the reason: This is due to trade wars and growing barriers for business, which has generated uncertainty over trade in the future, leading to reduced investment.”
She said that the lacklustre economic growth in Germany had been a particular problem for Swedish exporters.
According to the new prognosis, unemployment will hit 7 percent this year and next year, compared to the 6.4 percent predicted in September.
But Andersson said that Sweden's healthy government finance, the result of years of budget surpluses, put it in a strong position to weather the downturn.
“We can meet this slowdown without any significant cuts,” she said. “We have the lowest government debt since 1977 and compared to other EU countries were are extremely low.”
She described the country's finances as a 'welfare reserve' which would allow the government to keep services running and provide fiscal economic stimulus in bad times.
She also said that the government planned this year to channel more money to Sweden's cash-strapped municipalities in through a special spring budget, recognising that growing unemployment is likely to drag on local budgets.
The government could release emergency financing to the municipalities even earlier, she said.
“It's obvious that requirements are greater now and will be greater in future.”
SHOW COMMENTS
Url copied to clipboard!