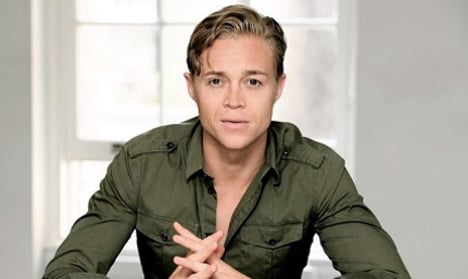 “I feel so utterly sad and confused right now. I feel like it’s unfair that I should have to go through this hell of a treatment, after fighting so hard to reach this stage in life and be on the cusp of fulfilling my acting dreams. But, I will not give up,” read one of his earliest entries.

The blog quickly went viral after being picked up by several Swedish media and by Wednesday morning Bolin's first Facebook post linking to the site had been shared almost 3000 times and got more than 26,000 likes. Previously planning to spend time in Los Angeles this summer, Bolin is now set to remain in Sweden throughout his treatment, but says he hopes his blog will inspire and help other cancer sufferers around the world.

“I’ve always believed that a united group is stronger than standing alone and hopefully I can inspire some of you to really value and appreciate your life,” he wrote in another blog entry.

Reacting to the huge social media stir surrounding his blog, he told The Local: “the response is the best and most powerful experience ever”.

Thanks to his contacts in the film and television industry, Bolin said he had already been approached by production companies who are keen on turning his story into a documentary and added that he had received support from many fellow actors, including other Swedes he worked with on Snabba Cash.

After his life turned upside down due to his diagnosis a week ago, Fabian said that Tuesday was the first day that didn’t feel like complete chaos.

He told The Local it felt good to have a break from doctors running in and out of his room at the hospital and having dozens of needles attached to his body.

“Being diagnosed with this is hell, but at the same time I realise how helpful people are and I’m so happy for it,” he said.