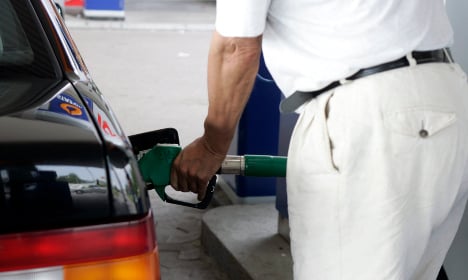 Petrol prices are going down in Sweden. Photo: Bertic Ericson/SCANPIX

Sweden's leading petrol companies cut their guideline price of unleaded petrol by 0.10 kronor ($0.012) on Monday, bringing the total price down to 14.49 kronor per litre.

The move bucks the normal trend at this time of the year, which usually sees prices pushed up due to rising demand as consumers hit the road for their summer holiday.

But thanks to the price of crude oil falling across the globe, the cost at pumps in Sweden is likely to remain lower than normal for the rest of the season, an industry expert told The Local on Monday.

The benchmark price for crude oil worldwide, Brent Crude, was $58.73 per barrel on Monday – down from an average of $107 in July last year.

“It's good news if you like low prices, but you should remember that not everybody does. Higher prices are of course better from a climate perspective.”

However, the plummeting costs of petrol are likely to help attract foreign tourists hoping to do a road trip through Sweden – despite the cold weather. Monday's news is set to go home well with those mobile home owners already heading to the Nordic country in droves.

But foreign drivers hoping to score an even cheaper deal are advised to wait until September, when there's likely to be a sharp drop in costs at the pumps.

”The classic European summer holiday is in August, or as we call it 'driving season', so we have to wait until September before demand — and the price — drops,” said Svahn.

The cost of diesel and etanol fuel E85 remained unchanged on Monday at 13.25 kronor and 10.58 kronor per litre, respectively.