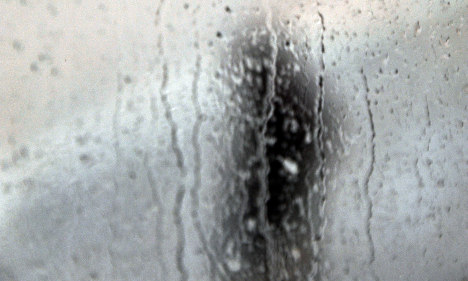 Wet weather in Stockholm earlier this summer. Photo: Hasse Holmberg/TT
While Sweden has enjoyed some sunny weather this year, there have been few prolonged periods of hot sunny days, even in the south of the country.
Forecasters have suggested that this week will be no different, with the changeable weather of the past few weeks set to continue for a while.
“Yes, it unfortunately looks that way,” Erik Rindeskär, a meteorologist at the weather institute Foreca, told Sweden's Metro newspaper on Monday.
“We have low pressure leading to unstable weather,” he added.
According to Foreca, rain as well as thunder is set to move north from Kalmar in south east Götaland, up to Värmland in western Svealand on Tuesday, with Lapland in the far north of Sweden also affected by the wet weather. The rest of the country is set to be treated to some more cloudy, grey days with temperatures of between 15 and 20 degrees.
With large numbers of Swedes currently in the middle of their summer vacation (often taken as a four-week block at this time of year), those with the freedom to travel are being advised to head to the west coast.
“It looks pretty good out around Gothenburg and further south. Although it is a bit windy down there, but it's sunny and there's a good chance that it won't rain,” added Erik Rindeskär.
He said that southern Norrland could be one of the warmest spots this week, with temperatures of 21 to 22 degrees, although showers were likely alongside the sunshine.
But he warned that although the forecast keeps changing, it looks likely that the whole country looks set to experience downpours on Friday and Saturday.
Over the weekend some of Sweden's biggest tourist attractions said they had benefited from the mild and changeable weather.
“We have more visitors when there's bad weather than when the sun is shining,” Mathias Andersson, head of marketing at the Vasa Museum in Stockholm told the TT news agency on Sunday.
“Most of all people stay longer. They take more time to look at the exhibits, maybe eat and go on a guided tour,” he added.
Sundborn, the former home of Carl and Karin Larsson, two of the nation's most famous artists, in rural central Sweden said it was continuing to get a steady stream of visitors hoping to see both the house and its French-inspired gardens.
“There's still an increase [in visitors]….people are still brave and get out to Sundborn,” said manager Caroline Edman.
Meanwhile a spokesperson for Gothenburg's City Library said it had seen “significantly more visitors” than usual coming through its doors during the recent changeable weather and Swedish furniture giant Ikea reported an increase in customers at its large store in Borlänge in central Sweden.
“It is clear that we can see the difference between this kind of week compared to the week before when there was lovely weather,” store manager Johan Nestor told TT.