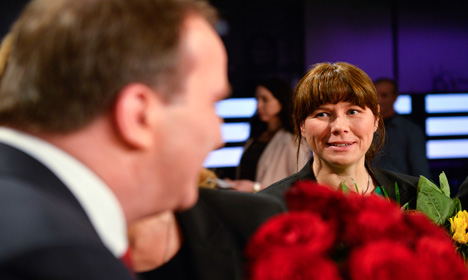 According to information provided to the Dagens Nyheter newspaper, the leadership of Löfven’s Social Democrat party did not want to give Romson that responsibility in the event of a crisis.

Romson’s title of deputy prime minister is only titular, and something agreed upon between the Social Democrats and Greens during negotiations over governmental posts in the fall.

“At the beginning of the negotiations we didn’t suggest getting a caretaker position,” Romson told the newspaper. “It was more important for us to get clear areas of responsibility and form a coalition government.”

Löfven has not named a particular person to act as replacement in the event that he is unable to carry out his duties. In the current government, a cabinet minister usually steps in to represent the prime minister in his absence. Most often that has been Foreign Minister Margot Wallström.

On Thursday evening, Löfven was rushed to hospital in Stockholm after experiencing acute nausea in the wake of a visit to Ethiopia. But he returned home just a few hours later.

Romson, also Sweden’s environment minister, has been at the center of controversy over the last few months after she twice made ill-advised comments about the Nazi concentration camp Auschwitz and it was revealed she had used toxic paint on her houseboat.