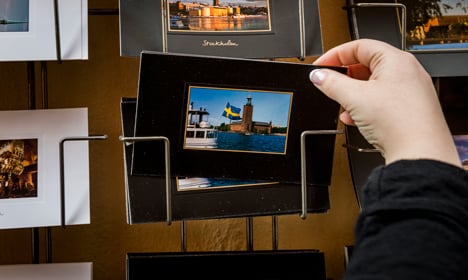 While one might think that social media, instant messaging and email have driven the final nail in the coffin for the humble postcard, a survey by TNS SIFO has found many Swedes still enjoy scratching out messages like “Wish you were here!” on real paper.

“People like sending postcards and like receiving them even more, Swedes of all ages will tell you,” said Anders Holm, head of PostNord Sweden. “That applies even to people between the ages of 15 and 29, who are probably the most ‘digital’ of us all.”

As many as seven out of ten people in this younger demographic prefer getting news from friends and family on holiday via postcard or letter than email or other digital methods. More than one and three people in all age groups send postcards themselves.

For those who do prefer postcards, 45 percent said they consider them to be more personal and private than sending pictures from the beach or summerhouse via email or social media platforms.

This summer some 25 million postcards will be handled by PostNord Sweden, the company estimates.

The TNS SIFO survey was conducted with 2,000 people in the first half of June.