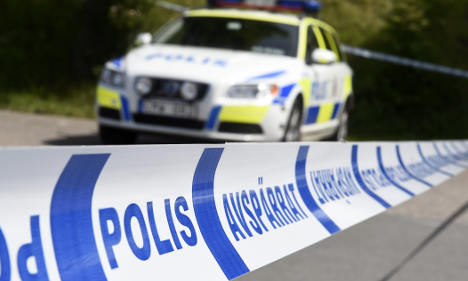 Just two days after a blast outside a community centre destroyed two cars and injured one man in the south of the city, several cars and homes were damaged in another suspected grenade attack in Limham in western Malmö.

Emergency services were called to the scene at around 3am after receiving calls from several worried locals living in nearby apartments.

No one is understood to have been hurt in the incident, but according to the TT news agency, many witnesses appeared shocked by the violence.

Later on Thursday morning Malmö police chief Stefan Sintéus said he believed that the attack was connected to the blast on Tuesday when a hand grenade was thrown in a car park outside a community hall in industrial area (Norra Grängesbergsgatan) close to the Rosengård suburb which has a reputation for violence and gang related crimes.

He added that the latest unrest was linked to a case which saw three young men sentenced for their roles in a bombing in Rosengård on Christmas eve.

“This is about a few people who are having a dispute with one another and are in a spiral of retaliation,” he told the TT news agency.

“They are ruthless and this is extremely serious,” he added.

Malmö has experienced a summer of violence with numerous shootings and explosions taking place in recent weeks.