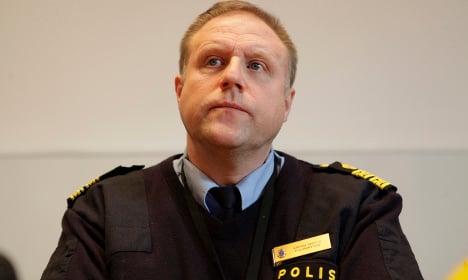 Just this week, there have been three hand grenade incidents.

“I am not surprised anymore,” Erica Eliasson, a mother out with her toddler in central Malmö, told the Swedish news agency, TT.

“Something seems to happen every day. It is worrying because this is obviously escalating. I'm wondering whether the police are doing enough because I do not notice more police now than before.”

Since the New Year, Malmö has suffered, on average, a detonation a week. On Friday night there was another explosion in a residential area, but nobody was injured.

“It is the thirtieth explosive attack since the New Year. We have a situation that is serious,” says the Malmö police chief Stefan Sintéus.

In several cases the hand grenades have come from the former Yugoslavia, according to police. Upon detonation anyone within five metres will probably be killed. And a person who falls within a radius of twenty meters is at risk of serious shrapnel injuries.

“It seems that most of the attacks are focused on buildings and vehicles,” says Sintéus. “But it is wrong to say of me that there is no risk to members of the public.”

“More police on the streets is not necessarily a solution. There are other methods that we're working with now,” says Sintéus.

Malmö police have now requested expert help from the police national operational department to help halt the violence in the city.

According to Lars Förstell, a spokesperson for police in Malmö, “we have asked for shared expertise on various issues.”

Over the past two months there have been a number of shootings, explosions and cars and buildings set on fire as well as other incidents involving hand grenades being thrown. Malmö also has a reputation for race-related violence between different immigrant groups.

Regional police have put the rising violence down to an increased import of illegal weapons and last week called for tougher border controls on the Öresund bridge between Sweden and Denmark in a bid to tackle the problem.