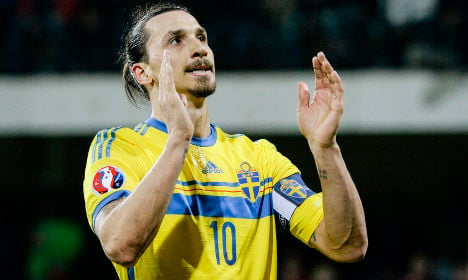 France and the Netherlands in Group A will provide two of the standout matches from the qualification campaign but many eyes will also be on what is expected to be Ibrahimovic's final bid to appear in a World Cup after he was outgunned by Portugal's Cristiano Ronaldo in a playoff to qualify for Brazil two years ago.

Group A may be the toughest group of the qualifying stages but Swedish midfielder Erkan Zengin is positive. “We are a good team that plays well against better opponents,” he told Swedish newspaper, Aftonbladet.

He was asked if he thought Sweden will win the group. “Yes, I think we will do. France and the Netherlands will battle for second place.”

The winners of the nine European groups qualify automatically for the World Cup with the eight best runners-up facing off in two-legged playoffs for the remaining four spots.

Swedish football is on a high after the national under-21s team won the European Championships in Prague for the first time in history.