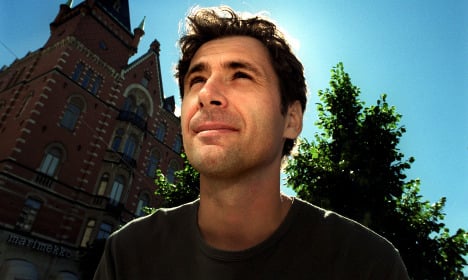 His novel, titled “The Girl in the Spider's Web” for its English-language release, will be published in 40 countries on August 27, a decade after Larsson's death.

“I was born for this. Nobody could do it any better,” Lagercrantz wrote.

Although the book's production was shrouded in secrecy, the project has not been without criticism, particularly from Larsson's partner who accused it of simply being a money-spinner.

But in Sunday's article, written in the form of a diary over the 18 months he took to write the book, Lagercrantz said that “the plot blossomed in me” every day.

In an entry dated September 2013, he wrote: “I write as fast as a snail” — a full month before he brought the trilogy's ingenious hacker heroine, Lisbeth Salander, into the plot.

Once Salander had entered into the story, however, he noted that “now I can't escape it, all my body is tense and I let it drive the plot”.

“The question is whether I was already this obsessed” before returning to the novel, Lagercrantz wrote in March 2014.

By the following autumn, the author said he had begun developing a new idea around a mathematical theory, causing his wife to worry he had become “manic”.

In February this year, the completed manuscript was sent to foreign publishers, beginning a tense period for Lagercrantz as he waited for reactions.

“Enthusiastic messages from publishers are coming in every day from around the world,” he wrote of the response to the manuscript.

“I am convincing myself that it doesn't mean anything. We're all drawing from the same hope. We all want this book to meet expectations.”

Larsson died suddenly in 2004 from a heart attack at age 50 — before the publication and phenomenal success of his trilogy, which has sold more than 80 million books.

His partner of 32 years, Eva Gabrielsson, said in March that the fourth book was “about money”.

She also called the selection of Lagercrantz to write it “a totally idiotic choice” as he lacked Larsson's left-wing activist background.