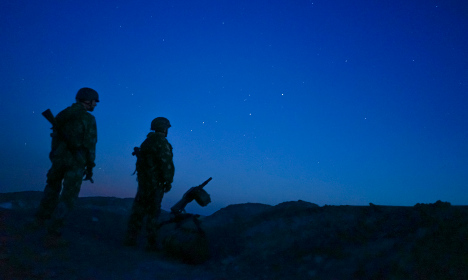 Sweden's security service, Säpo, believes a handful of Swedes have travelled to Ukraine to take part in fighting since the country's armed conflict with Russia began in 2014.

One of them is currently under investigation by Swedish police on suspicion of committing war crimes.

“I can confirm that a person based in Sweden is being investigated. It is in regards to suspicions of some kind of war crime that is said to have been committed in Ukraine in 2014,” Tora Holst of the International Public Prosecution Office in Stockholm said on Thursday.

Russia annexed Crimea in March, in a move widely condemned around the world, before propping up separatists fighting bloody battles with Ukrainian forces in the east of the country.

According to Amnesty International there is overwhelming evidence that war crimes have been committed on both sides of the conflict, including summary executions of prisoners of war.

“A precondition for it being considered a war crime is that you take part in an armed conflict. It could be about torturing prisoners or burning down a school,” international law expert Ove Bring told Swedish newswire TT on Thursday.

The Swedish man has not yet been given a lawyer and prosecutors have declined to elaborate on the nature of the exact offence he is being investigated for.

“An investigation can take a long while before the suspicions are put to the suspect in question. If the person is set to be questioned as a suspect and want a lawyer he will naturally be awarded one,” said Holst.

Most of the Swedish fighters in the conflict are believed to be siding with Ukraine. Several are suspected of sharing far-right values but the common denominator is that they have a history of violence and have an interest in weapons and explosives, according to Säpo's analysts.

The security service believes around 20 Swedes on top of the ones participating in fighting have also travelled to the eastern European country to support the Ukrainian side in other ways.

Earlier this year, a 28-year-old Syrian man living in Sweden was sentenced to five years in jail for violence in Syria in 2012. The former Free Syrian Army fighter is one of just three people convicted in the Nordic nation over the past decade for war crimes carried out abroad.

The Swedish war crimes commission is currently investigating around 35 cases concerning international war crimes in countries such as Rwanda and Syria. A 60-year-old man is expected to be charged for war crimes in the African nation later in autumn.