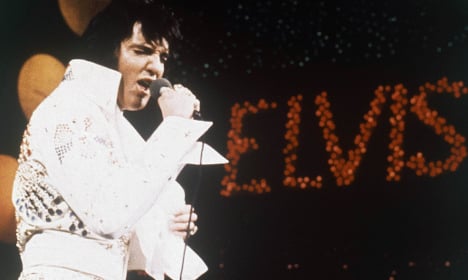 Local radio station 'P4 Örebro' or 'Radio Örebro' is part of Sweden's public broadcasting network for the central Swedish region with the same name. It plays a mix of music alongside news reports and regional features.

But apparently one thing is sorely missing from its schedule. Elvis Presley.

This has upset one listener to the degree that he has taken it upon himself to report the station to the Swedish Broadcasting Authority (Myndigheten för radio och TV), angry that his licence fee money is being used to fund wanton discrimination against the late artist.

At this stage you may be wondering if reporting something like this without being able to back it up with evidence would not just be plain silly? Not to worry. He's got statistics. And he is not afraid to use them.

The angry listener writes in his complaint that P4 Örebro has not played a single song by Elvis between July 6th and July 31st – “which is not reasonable”.

“Why should Elvis fans in Örebro county pay expensive licence fees when you constantly get snubbed? Other local radio stations in Sweden do not even come close to discriminating against this artist in a similar way,” he continues according to the Aftonbladet tabloid.

READ ALSO: Lenny Kravitz bares all on stage in Stockholm

It is not the first time the radio station has been reported for this allegedly blatant bias against the American singer and actor. The same individual filed another complaint with the Swedish Broadcasting Authority earlier this year.

“During the first 19 weeks of the year, Radio Örebro has only played Elvis Presley on eight occasions which must be considered as abnormally little. I therefore want to report Radio Örebro for discrimination of the above-mentioned artist,” wrote the listener in May.

But P4 Örebro head Helena Sträng replied on Thursday that she does not take the accusations too seriously as anyone is free to complain about anything to the Broadcasting Authority.

“I have personally not missed Elvis. But I know that there are some good songs. And we do play a lot of older music and a fair amount of old rock and pop as well,” she told Aftonbladet.