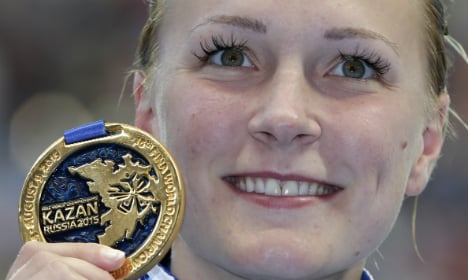 Swedish media went mad for the the 21-year-old swimmer after she secured a third medal in Kazan, having also collected a silver in the 100m freestyle, and twice broken the 100-metre butterfly record en route to winning the final last Monday.

“Yeah, it feels good to be the world’s fastest swimmer. That’s what I’m working towards,” Sjöström told the newspaper shortly after winning the race, noting it was the first time she won 50-metre butterfly in a world championship.

The Swede now has a total of four gold medals under her belt.