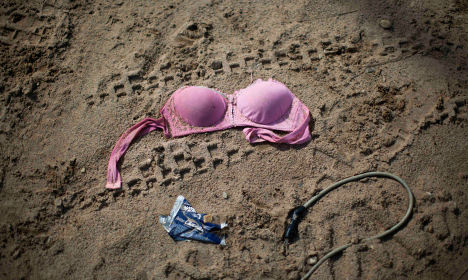 Amnesty International's Sweden wing tried to stop the human rights organization from voting through a resolution to lobby governments to decriminalize sex work earlier this week, but was outvoted by delegates from many of Amnesty's 69 other branches.

“We are against the demand for a universal decriminalization of all aspects of prostitution, that is, even when it comes to buying sex or of those activities enabling sex purchase, such as brothels,” said Anna Lindenfors, secretary-general of Amnesty in Sweden, in a statement.

“We do not think it is clear that a blanket decriminalization of sex purchases and associated activities lead to reduced human rights violations,” she added.

But a majority of other national branches of Amnesty disgreed with Sweden's stance. The result of the vote therefore sparked anger among Swedish campaigners with hundreds of members quitting the organization.

“I just ended my membership of Amnesty. Buying sex is no human right!” wrote one Twitter user in Swedish.

Former member Jessica Rydell told The Local on Thursday of her decision to leave the organization.

“I have been a member of Amnesty, probably for 10 years at least, because I think the work they do for human rights is very good indeed. But I submitted my application to leave last night.”

“Human rights apply to all humans and to then allow people to use others as a commodity is not okay. I think the resolution shows that you think it's okay to purchase other people's bodies,” she said.

The former Amnesty supporter, who is also a regional Green Party councillor for Kalmar county in southern Sweden, said it had not been an easy decision.

“I do it with sorrow,” she said. “I know that the Swedish branch has worked very hard and deserves all the credit in the world, but unfortunately they are the ones who have to pay the price,” she added.

A spokesperson for Amnesty Sweden was unable to say exactly how many members had left when asked by The Local, but estimated the figure was “around 500”.

“It is of course a shame that they choose to leave, but at the same time we have to have some understanding for their decision – we are very disappointed ourselves, because it is an issue we have been working hard on,” said press officer Elizabeth Löfgren on Thursday.

“We have about 100,000 members, so 500 are only a small part, but each and everyone choosing to leave is a tragedy. We campaign for a lot of other issues as well and if we lose members we lose support in those areas too,” she added.

A swathe of Hollywood celebrities joined in a campaign in the days before the Amnesty vote to stop the resolution going through, including Lena Dunham, Meryl Streep, Emma Thompson, and Kate Winslet.

Sweden, along with Norway, Iceland, Canada, and Northern Ireland, has made it illegal to purchase sex but not illegal to sell it in an attempt to reduce prostitution by lessening demand without criminalising sex workers.  The law helped halve the number of streetwalkers in Sweden's cities by 2010.