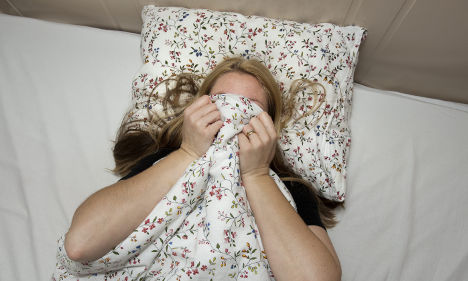 Doctors in Skåne have reported treating 2409 cases of chlamydia during the first six months of the year, an increase of 23 percent compared with the same period in 2014, according to regional newspaper Sydsvenskan, which broke the story.

The infection’s resurgence has worried medics in the region, where confirmed cases of the sexually transmitted infection had been falling for more than seven years, with news of the fresh figures quickly grabbing national headlines.

According to Sydsvenskan, an average of thirteen people a day in Skåne are currently told that they have chlamydia.

Sexologist Johanna Karlsson told the newspaper that while young people were aware of the risks associated with having unprotected sex, many still avoided using condoms due to worries that they can limit pleasure.

“Young people are more worried that it [sex] won’t be considered good enough [without a condom],” she said.

Mattias Waldeck, an assistant medical officer in Skåne added: “We need to get guys to take responsibility for themselves and their partners, to protect themselves.”

Swedes aged 20 to 24 are most at risk of contracting the infection, but Waldeck noted that just seven percent of young men get tested compared to 25 percent of women in the same age group.

Under Swedish law anyone with chlamydia is supposed to contact all previous sexual partners to warn them about the infection, which has few visible symptoms and often spreads without people knowing they have it.

Chlamydia can usually be tackled with antibiotics but if left untreated it can lead to major health problems including swollen genitals and infertility.