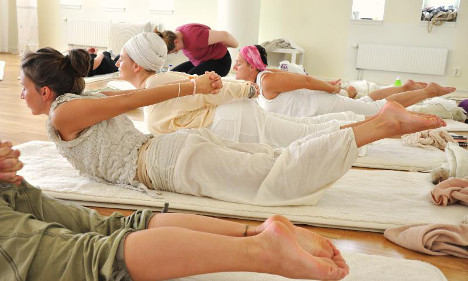 Photo: Kundalini Yoga Centre, Stockholm
1. Listen to classical music at the Baltic Sea Festival
Östersjöfestivalen, also known as the Baltic Sea Festival, combines discussions about environmental threats to the region with performances from the Royal Stockholm Philharmonic Orchestra and the Swedish Radio Symphony Orchestra. Highlights include conductor Alexei Lukirskij's interpretation of Tchaikovsky's The Nutcracker and Arnold Schönberg's Gurrelieder, the story of King Valdemar's love for Tove, an ordinary woman.
The festival takes place from August 24th – 30th. Prices for the concerts vary from 150 to 595 kronor. So sit back, relax and let the music take you to another time and place. The festival in 2010. Photo: Lars Pehrson/TT
2. Try yoga for free in Stockholm
Pop-up outdoor yoga parks have been on trend in Sweden this summer, but with the autumn fast approaching, plenty of yoga centres are opening their doors to offer would-be customers free trials of their indoor classes. In Stockholm this week you can stretch out and release the tensions in your body at Stockholm Kundaliniyoga Centre or attend a yoga and meditation workshop inside the calming atmosphere of Markuskyrkan church. Photo: Kamil Zihnioglu
3. Go on a flowers and feelings tour in Umeå
You can take an alternative tour of northern Sweden's culture hub by joining one of Umeå's summer flower walks. Staff from the city council will explain how they selected plants for this year's displays around the city based on the theme of 'feelings'. Over the course of two hours, they will reveal how different colours and shapes are designed evoke a variety of emotions from love and pride to shame and delight. Tours are free and last two hours. Meet outside the old city library.

Flowers in Rådhusparken in Umeå. Photo: Visit Umea
4. Unwind in west Sweden's most famous sauna
Gothenburg's new outdoor swimming pool recently grabbed headlines after it was controversially named Pöl Harbour, a pun on Pearl Harbour, where thousands of Americans died during the Second World War. Its neighbouring sauna was named “Svettekörka” (which translates to “sweat church”) by Gothenburgers earlier this year. While its name might not suggest an especially serene experience it provides a cosy spot to escape from everyday stresses right in the city centre. It was created by German architect collective Raumblabor Berlin using largely recycled materials including 12,000 bottles. Book online to guarantee a spot. One of Sweden's many saunas. Photo: Leif R Jansson/TT
5. Check out some unusual selfies in a calming gallery
Art galleries are a great place to escape from reality in a calm environment and on August 21st Gallery Steinsland Berliner launches its autumn season with an exhibition called selfie. Painters and illustrators from across Scandinavia will be represented at the gallery on Stockholm's hipster island, Södermalm, as well as arists from the US, the Netherlands and Spain. Image: Gallery Steinlands Berliner
READ ALSO: How to be a cool Swede during a hot summer
Check out the interactive calendar below for more tips on what to see and do in Sweden this week. 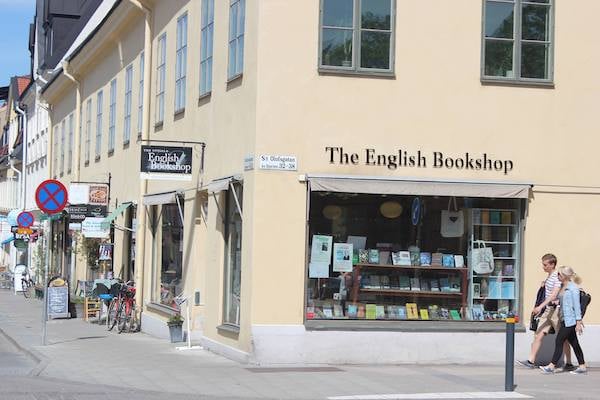