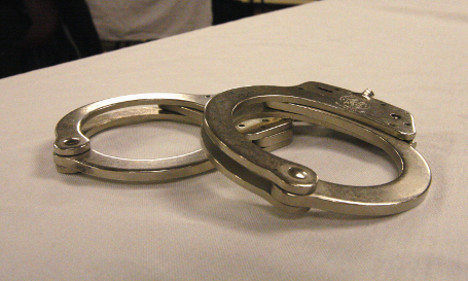 Should people who buy sex be locked up? Photo: TT/AP/Martha Irvine
Sweden's Foreign Minister Margot Wallström has said that she would like Amnesty representatives to look more closely at her country's pioneering prostitution law, amid disappointment from Swedish members of the human rights group who wanted Amnesty to call for similar initiatives worldwide.
In a highly controversial move, Amnesty International delegates voted in favour of supporting the legalisation of prostitution for buyers, sellers, pimps and brothel owners, in direct contrast to the strategy in Sweden, where paying for sex is illegal.
Sweden was the first country in the world in 1999 to make it illegal to pay for sexual services in a bid to quash demand.
Wallström told the AFP news agency in an interview late on Wednesday that she was “very surprised” by Amnesty's decision.
“They've lost a lot and not gained very much by doing so. There are a lot of people who have left Amnesty,” she said.
“We think there is good reason for Amnesty to come here and look at our system,” she said.
She said the foreign ministry planned to invite Amnesty International Secretary General Salil Shetty to Stockholm.
READ ALSO: Swedes reject Amnesty after sex vote
Last week a spokesperson for Amnesty Sweden was unable to tell The Local exactly how many members had quit the Swedish arm of the organization, but estimated the figure was “around 500”.
The Swedish model has been followed in Norway, Iceland, Northern Ireland and Barcelona.
However, the effects of the law remain up for debate in Sweden.
Street prostitution has been virtually wiped out, and some researchers have claimed that the law has helped decrease human trafficking. But a study published by public health officials in March showed that prostitution exists as before but has simply moved online and underground.
CRIME
Swedish movie star and dozens of sex buyers seized in Stockholm raids