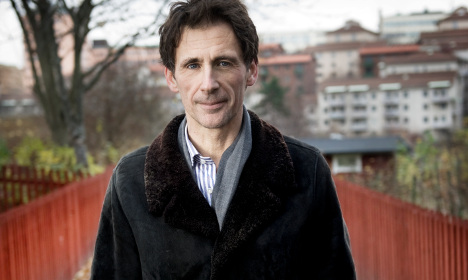 The boycott concerns David Lagercrantz book The Girl in the Spider's Web, the controversial fourth instalment of Stieg Larsson's best-selling Millennium trilogy which is due for release in 25 countries on Thursday and in the United States on September 1st.

Larsson, who created the series, died 11 years ago and in December, Swedish publishers Norstedts said it had commissioned Lagercrantz to write a fourth instalment, although details of the plot have been shrouded in secrecy.

Media interviews with Lagercrantz ahead of the book's launch have been subjected to rigorous confidentiality agreements and Danish daily Politiken said it had been offered an interview with him in early June.

“Norstedts had an unusual condition: We would not be allowed to read the book before the interview,” Jes Stein Pedersen, the paper's cultural editor, told public broadcaster Swedish Radio.

“An exceptional condition that we exceptionally enough ultimately agreed to, because Lagercrantz has written the book that everyone is going to be talking about this autumn,” he said.

“Normally we would never speak to an author without having read the book first. We consider that to be part of our professionalism.” But when Norstedts also required the newspaper to wait until the book's release date, August 27th, to publish Lagercrantz's comments about his other work unrelated to Millennium, Politiken turned down the interview.

The demands reportedly included agreeing not to ask questions about claims that some of the quotes in Swedish star striker Zlatan Ibrahimovic's biography “I am Zlatan” – which Lagercrantz ghost wrote – were fabricated.

“I'm on the journalists' side in this. I don't know whether in hell I would have agreed to conditions like this myself,” he said.

Thomas Mattsson, the editor in chief of Swedish tabloid Expressen, also said that his newspaper had declined to interview Lagercrantz over the demands.

“Of course it is impermissible for a publishing house, which is also Sweden's oldest, to demand that publicist actors such as newsrooms should not be allowed to publish freely,” he wrote in a blog post.

Norstedts has gone to great lengths to keep fans in suspense about the book's plot. Only a few people have read the 500-page tome – just translators and editors – and the writing of the novel was shrouded in secrecy, with the author, editors and translators working on computers disconnected from the internet to avoid leaks.

The first three Millennium books about tattooed computer hacker Lisbeth Salander and journalist Mikael Blomkvist, published in 2005-2007, have sold 80 million copies worldwide and have been made into Swedish and Hollywood movie adaptations.