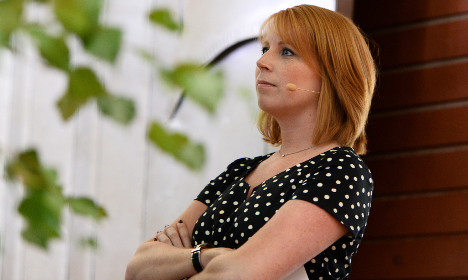 While Sweden's ruling Social Democrat-Green coalition remains against joining Nato, support for membership has been growing in Sweden in the past year – largely credited to a rising fear of Russian military activity in the Baltic region.

But the centre-right Alliance opposition has up until now been split on the issue with the largest party – the Moderates – and the Liberals being strongly in favour of Nato and its partners the Centre Party and the Christian Democrats taking a more hesitant stance.

However, in what spells a significant U-turn, Centre Party bosses announced on Tuesday that they would motion their colleagues to advocate membership in the defence organization at the party's next conference.

“We lack the ability to defend ourselves for a longer period of time. At the same time Nato is very clear about the fact that Sweden cannot expect military support if we are not full members of the organization. We can no longer close our eyes to that,” wrote party leader Annie Lööf together with foreign policy and defence spokespeople Kerstin Lundberg and Daniel Bäckström in an opinion piece for the Svenska Dagbladet newspaper.

“We fear that false non-alliance risks becoming a security risk rather than offering safety,” they added, referring to Sweden's increased military cooperation with its neighbours despite officially maintaining a semi-neutral position.

Meanwhile, the Christian Democrats, who have previously opened the door to the possibility of joining Nato, are also set to debate the issue at their party conference in early October.

“We are a relatively small country with a strategically important location in the Baltic Sea region. Our assessment is that we can't go it alone but need to cooperate with others to manage our defence capability and we need to do that as part of Nato,” Christian Democrat leader Ebba Busch Thor told the TT newswire on Tuesday.

Sweden's ruling centre-left coalition – the Social Democrats and the Green Party – is historically against Nato membership. However, there have been indications in the past year that the Nordic country is moving closer to joining the defence alliance.

In April Sweden, Norway, Denmark, Finland and Iceland announced far-reaching plans to extend their military cooperation. The move was “a direct response to aggressive Russian behaviour”, said Sweden's defence minister Peter Hultqvist and his Nordic counterparts at the time.

Earlier this month, the Senate voted 95-1 in favor of the Nordic states’ accession, making the United States the 23rd of the 30 NATO countries to give formal endorsement. Unanimous support is needed for new membership.

Biden, who has made restoring traditional US alliances a cornerstone of his administration after Donald Trump’s move to upend ties around the world,
praised NATO as “the foundation of American security.”

President Vladimir Putin’s Russia “shattered peace and security in Europe” by invading Ukraine, Biden said. “Putin thought he could break us apart…. Instead, he is getting exactly what he did not want.”

The White House said that ahead of the signing ceremony, Biden talked by telephone with Swedish Prime Minister Magdalena Andersson and Finland’s
President Sauli Niinisto.

“President Biden congratulated them on the US Senate’s swift, bipartisan ratification of their NATO accession protocols, and welcomed Finland and Sweden moving one step closer to becoming NATO Allies,” the White House said.

While the process plays out, “President Biden affirmed that the United States will work with Finland and Sweden to remain vigilant against any threats to our shared security, and to deter and confront aggression or threat of aggression,” the statement said.