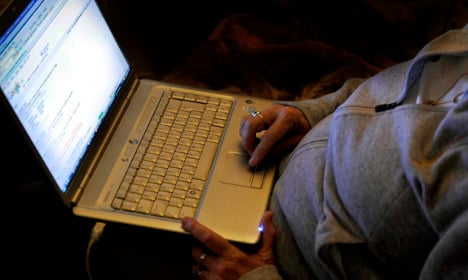 A file image of a Swede using the internet. Photo: Bertil Ericson/TT
The controversial writer, who has sought to keep her identity secret, has been causing a huge stir on social media since 2010. Her blog posts lay into mainstream politicians and what she describes as “the corrupt media” for promoting what she argues is an “epoch of lies” about immigration. They also praise the rise of the nationalist Sweden Democrat Party.
“It simply isn’t possible to lie about the blessings of multiculturalism or mass immigration forever when citizens clearly see with their own eyes how their country is being dismantled in front of them,” reads one of her recent posts, which has also been translated into English on a separate blog by one of her supporters.
On Wednesday, Sweden's Expressen tabloid revealed that the blogger – who has also published three books – is herself a former journalist for Dagens Nyheter (DN), a Swedish newspaper.
According to Expressen, 'Julia Caesar' is in fact Barbro Jöberger, who wrote for the daily broadsheet in the 1970s and 1980s.
Expressen's move to expose her identity comes after the blogger claimed over the weekend that two other Swedish journalists (freelancer Annika Hamrud and DN's Niklas Orrenius) had been stalking her to try and get an interview. But Hamrud wrote in Expressen on Wednesday that they had approached Jöberger in accordance with Swedish journalistic guidelines in order to give her the opportunity to respond to ongoing criticism of her work.
Orrenius wrote on Twitter that he found Jöberger's comments “bizarre” and said that he had only sought to contact her twice in one year.

The pair have been been threatened online by supporters of the 'Julia Caesar' blog, which takes its pseudonym from a Swedish actress who was popular in the mid-twentieth century and died in 1971.
“It is clear that it is not an obvious decision to publish the name of somebody who wants to remain anonymous,” wrote Expressen's Head of Culture and Deputy Managing Editor at Expressen, Karin Olsson as the newspaper exposed Barbro Jöberger as being behind the far-right blog.
“But given her great influence and role in alternative debates online, we have decided that her name should be made available so that we are able to have an open debate.”
“It is reasonable that such an influential opinion maker should be made accountable,” she said.

Expressen tweeted a photo of Jöberger on Wednesday.

Olsson also argued that Sweden was a place where people had the right to discuss controversial issues in public, in contrast to countries with dictatorships, where she said some bloggers should be able to keep their identities secret in order to avoid imprisonment and torture for writing. But she told the TT newswire on Wednesday that she had already recieved “angry emails” from 'Julia Caesar' fans who had wanted Jöberger's identity to remain a mystery.
On Wednesday morning the blog's name was trending on Twitter in Sweden and Expressen's piece was the most-read Swedish newspaper article of the day, according to media monitoring website Socialanyheter.
James Savage, Managing Editor of The Local Europe, said The Local Sweden had published Barbro Jöberger's name in order to encourage scrutiny of her divisive views.
“Julia Caesar is a high-profile and controversial figure on the far-right fringes of Swedish journalism, who has had a major influence on debate in recent years. People who seek to influence society should expect to be scrutinised. Julia Caesar is no exception.”
Debates surrounding Sweden's immigration policy are growing in the Nordic nation, which currently takes in more asylum seekers per capita than any other EU nation.
The Social Democrat-Green government remains committed to helping people fleeing violence in war-torn nations such as Syria, although it has called on other European countries to take in a larger share of refugees.
“For the Common European Asylum System to be sustainable in the long run, a more even distribution of asylum seekers within the EU is needed,” Migration Minister Morgan Johansson told The Local earlier this year.
But the nationalist Sweden Democrat party, which supports slashing immigration, is growing in popularity, with polls suggesting last month that it is now supported by at least 18 percent of voters, in contrast to the 12.9 percent it polled a year ago in Sweden's last general election. 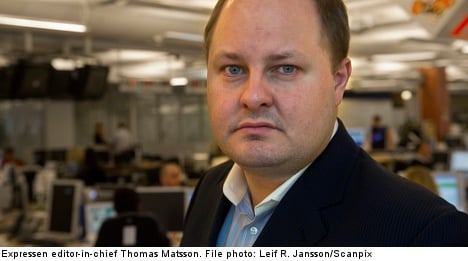 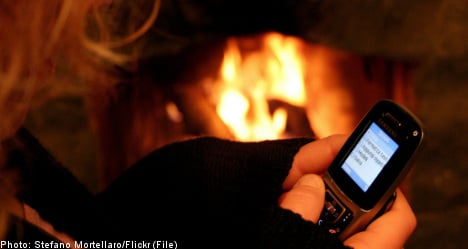