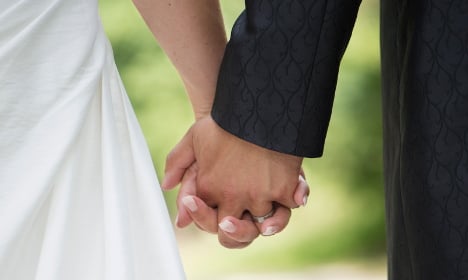 An increasing number of Swedish priests are getting divorced. Photo: Fredrik Sandberg/TT

Unlike in many other countries and religions, priests within the Swedish Church, which adheres to the Lutheran denomination, are allowed to marry – and, as it happens, divorce.

Every day many priests marry Swedish couples who are hoping for everlasting love. But a fresh report by church magazine 'Kyrkans Tidning' suggests more and more of the clergy are finding it difficult to keep the romance alive themselves.

Eva Nordung Byström, herself a bishop in Härnösand, says she believes the reason for the rise is twofold.

“Getting divorced is more accepted today, which means that a lot of older priests who have waited – perhaps for their children to grow up – now feel confident to take that step,” she told Kyrkans Tidning.

“The other reason is that younger priests are embraced by the new view of divorce and make their decision at the right time,” she said.

However, the silver lining is that the number of people divorced is falling among Swedes on the whole. A total of 11.1 percent of the population had separated in 2001 compared to 10.4 in 2013, according to Kyrkans Tidning.

A global study by WIN/Gallup International published earlier this year suggested that the Nordic nation is the last religious in the West, citing figures saying almost eight out of ten Swedens were either “not religious” or “convinced atheists”.

There are more than 3500 churches in Sweden and the Swedish Church (Svenska Kyrkan) says it has 6.3 million members in a country just shy of 10 million people. Before 1996, children whose parents were members of the Swedish Church were automatically enrolled at birth.

But according to Statistics Sweden, just five percent of Swedes are regular church goers. And one in three couples that get married in Sweden choose a civil ceremony.