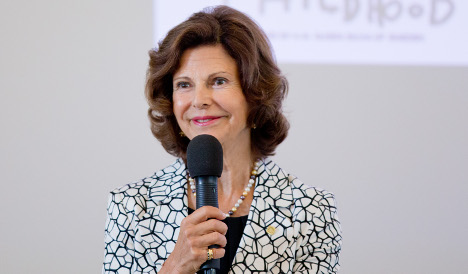 Queen Silvia was promoting a campaign by her World Childhood Foundation to help children escaping to Europe from war and poverty.

The day-long seminar was planned to hold discussions on topics such as protecting refugee children from sexual violence, the consequences of trauma for children arriving in Germany and ways to make schools safe places for young people.

“Right now is a good time for all of us to begin offering young refugees safe places and to protect them from abuse,” she said in her opening address, according to broadcaster Bayerischer Rundfunk.

The United Nations estimates that usually about half of any refugee population is made up of children.

“Children – whether refugees, internally displaced or stateless – are at greater risk than adults of abuse, neglect, violence, exploitation, trafficking or forced recruitment into armed groups. They may experience and witness disturbing events or be separated from their family,” the UN Refugee Agency states in its framework for protecting children. “These experiences can have a profound effect on children – from infancy and childhood through to adolescence.”

The Childhood foundation was started by Queen Silvia in 1999 and now supports programmes in 17 countries.

Wednesday's event is set to end with a gala to raise money for the charity.

Prime Minister Stefan Löfven and German Chancellor Angela Merkel spoke on Tuesday on the topic of addressing the refugee crisis in Europe, stressing the need for shared responsibility across the EU.

Nearly half of all asylum requests within the European Union in 2014 were made in Germany and Sweden.