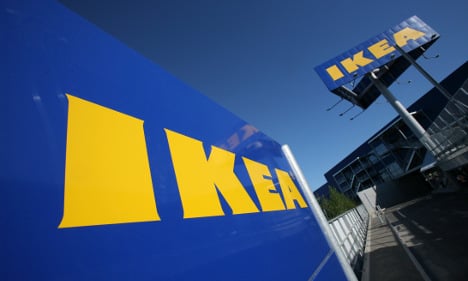 Ikea saw the fastest growing markets in China and Russia. Photo: TT
The Ikea Group, the Dutch holding company which controls the Swedish brand's 328 stores in 28 countries, said sales totalled €31.9 billion ($35.7 billion).
China was the company's fastest growing market followed by Russia, with most of the sales growth, 5.1 percent, coming from existing stores.
Adjusted for currency fluctuations, sales rose by 8.9 percent.
“We are continuing to grow strongly in China thanks to the middle class which is showing more and more interest in home comfort,” chief executive Peter Agnefjäll told AFP.
Ikea opened three new stores in China during its 2014-2015 fiscal year.
Meanwhile Ikea said it registered record growth in Germany and North America performed well.
Still absent from Africa and South America, the specialist in flat-pack furniture that budget-minded consumers can assemble themselves, opened 13 new stores and welcomed 770 million visitors.
“Looking ahead, we see many opportunities for us to continue to grow through our stores…”, Agnefjaell said in a company statement.
He declined to confirm on information in the media that the group aims to create 100,000 new jobs by 2020.
“We are pursuing a growth strategy and we'll need to recruit in the years to come,” he told AFP.
While Asia was a priority, he said Ikea's management had always put emphasis on getting things right before studying opportunities for further development.
Despite the Dutch-registered company, Ikea is still managed from the town of Älmhult in southern Sweden, where it was founded in 1943 by Ingvar Kamprad.
Kamprad, whose fortune is estimated at more than €30 billion, still has a hand in running the company, and three children are part of the management.
As it is family-owned, Ikea is required to publish only limited information about its results. The company's annual report will be published in December.