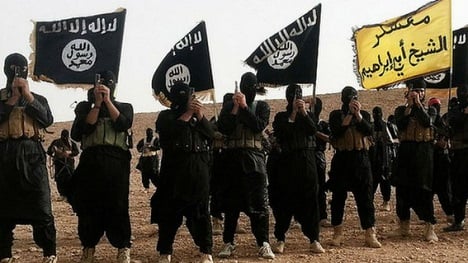 The Islamic State, frequently called IS or Isis, has paralysed the world with fear through its heinous crimes against humanity and the people of Syria. The issue of terrorism is debated passionately in many forums – and Islam is an aspect which is brought up, debated, and examined repeatedly.

Keeping time with the public discourse, the Centre for Middle Eastern studies at Lund University has decided to organize an entire course about the Islamic State and the future of the Middle East.

“There is a huge interest for the Islamic State, and the discussion about Isis is very powerful in the public sphere,” says Dan-Erik Andersson, a researcher at the centre who will also be the course leader.

“We want to encourage a deeper discussion about the phenomenon.” The new course will be the first in Sweden to focus on the subject of Isis – but it will not be a traditional course, Andersson says. There will be a dozen lectures with both speakers from the school and from outside organizations.

“It will bring a wider perspective to the issue,” he says. “The course is intended for students who want to take it on the side of other studies, but also for the general public.”

But the organizers also want to ensure that the discussion does not become polarized, as it often is. They will try to discuss Isis from a social science perspective – not a political one.

Still, Andersson says he is aware that there are those who will likely object to the course.

“There are probably people who have difficulty differentiating between understanding the phenomenon, and supporting it,” he says.

“If I try to explain and understand the issues and events which lie behind the development of Isis, then some people may think I'm defending it. But I hate Isis. That just doesn't mean that I cannot understand how it works and its background.”

The course will begin during the second half of the autumn semester, and at this point it is unclear if it will continue next year.

There are about 50 seats available in the course, which will be given partially in Swedish and partially in English.

What do you think? Will a course about the background of Isis be good for the public? Would you be interested in such a course?

Leave your comments below!