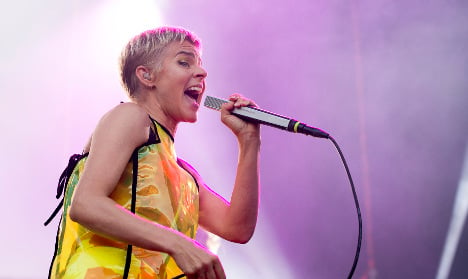 “Even though it's been a year since Christian passed, I'm heartbroken and performing them feels too heavy still,” Robyn said in a statement.

The cancelled concerts consisted of two shows in Brazil and the Treasure Island Music Festival in San Francisco.

Falk, a fellow Swede whose production credits included songs by Robyn as well as the 1994 anti-racism anthem “7 Seconds” by Youssou N'Dour and Neneh  Cherry, died last year of cancer at age 52.

Falk had also joined Robyn in a side project of retro disco under the band name La Bagatelle Magique. Robyn and Jagerstedt recently performed the music at a festival in  Stockholm but she said in her statement: “It was much harder singing these songs on stage than I thought.”

Robyn said that the surviving members were working on a video for La Bagatelle Magique but otherwise she planned a “clean break” to work on new material.

The 36-year-old singer, whose real name is Robin Miriam Carlsson, had her start as a singer while still a teenager but later fell out with her label and went independent.

She has since achieved international success with a string of songs such as “With Every Heartbeat” and “Dancing On My Own,” which bring an occasional R&B edge to quintessentially Swedish dance pop. 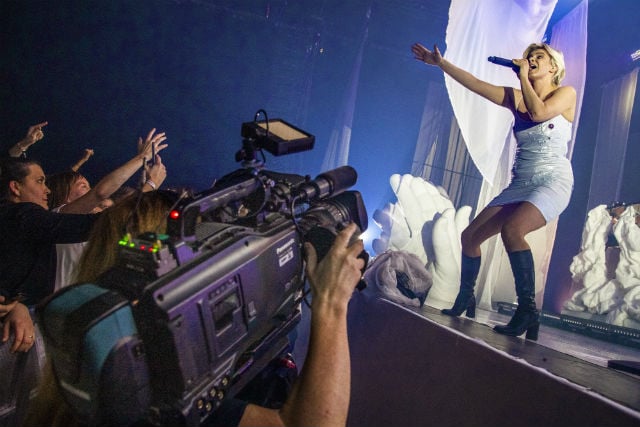 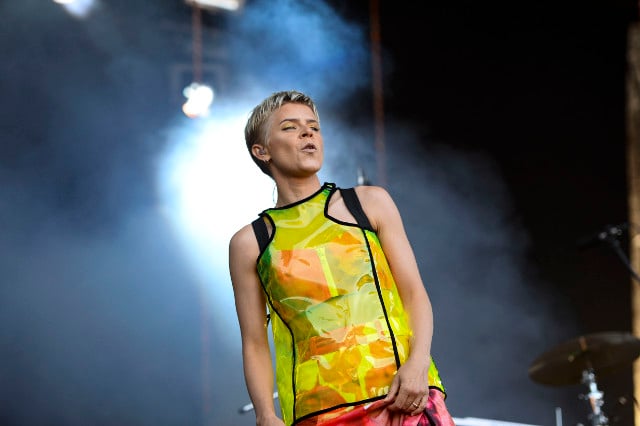 Robyn played for about 90 minutes. Photo: Claudio Bresciani/TT
The star burst onto the stage at Artipelag with a performance of Honey, the title track from her new album.
But later in the 90-minute performance, she returned to some of her biggest hits, sending the thousand lucky ticket recipients into a frenzy with renditions of “Dancing on my own” and “Call your girlfriend”.
To get hold of a ticket for the “Secret gig” concert, fans had to download an interactive game to their phones, which forced them to meet other fans in real life. They were then issued tickets and directed to a pick-up point from where they were taken to the mystery location. Fans jubilant at Robyn's come-back gig on Saturday. Photo: Claudio Bresciani/TT
“We had no idea where we were going to go, but in the end it was a party boat from Strandvägen [in central Stockholm] here to Artipelag [in Gustavsberg],” Mikaela Persson and Emma Johansson, two dedicated fans, told Swedish broadcaster SVT before the concert.
“It feels super exciting and extremely fun to be here instead of being at a normal concert location.”
Kersti Hansen and Terese Moe Hansen, who had travelled all the way from Trondheim in Norway to be at the concert, said they were among the singer’s most die-hard fans.
“We’ve been fans since we were 14 at the time she had her breakthrough,” Terese Moe Hansen told Sweden’s TT newswire. “We’ve been to all the concerts, we’ve cut our hair in Robyn haircuts. We’ve been fans for as long as Robyn has existed.”
“I love that she does her own thing,” Kersti Hansen explained. “She makes music on her own terms.”
The ground-breaking Swedish pop star this week released Honey, her first album in eight years.
Alexis Petridis, a review from The Guardian, has called the album “Scandipop’s equivalent of Blood on the Tracks”, referencing the much-loved Bob Dylan album about heartbreak and loss.
Another fan told SVT that the album was “not as clubby as Body Talk” and that the music was more “mature”.
“But it was well worth the eight year wait. The more you listen to it, the more it grows on you.”
SHOW COMMENTS 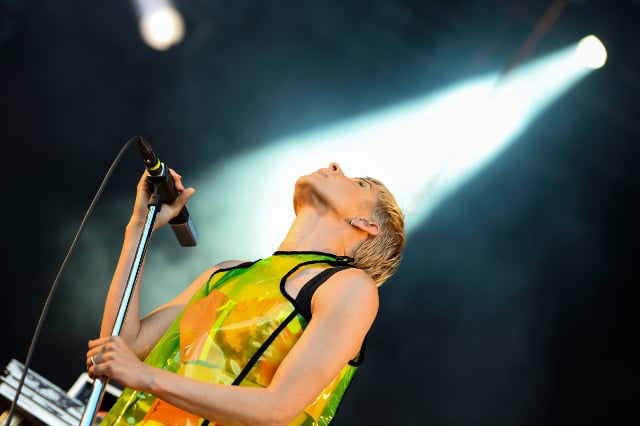 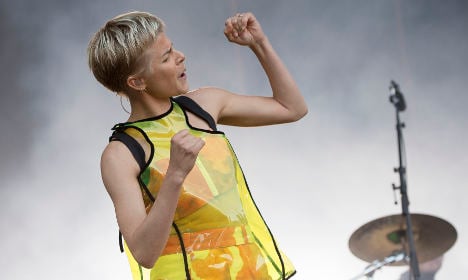 GENDER
Why a Swedish pop icon is going back to school
Url copied to clipboard!