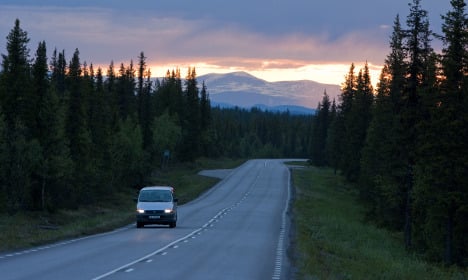 The Nordic countries have been making their positions clear after six-hour emergency talks between interior ministers broke up late on Monday amid failure to agree on proposed binding quotas.

Facing the biggest refugee crisis since the Second World War, EU ministers agreed “in principle” on relocating a total of 160,000 asylum seekers across at least 22 member states – 40,000 discussed earlier this summer as well as another 120,000 – at an emergency meeting in Brussels on Monday.

But the practical details of the scheme were left vague and stopped short of introducing binding quotas, which had been advocated by Sweden and Germany but faced strong opposition from states such as Hungary, Poland and Romania.

However, a formal decision was delayed until next month and Swedish Migration and Justice Minister Morgan Johansson told Swedish Radio after the meeting that he would continue to push for a mandatory relocation scheme when ministers meet to hammer out details of the agreement on October 8th.

“It would then mean that you force countries to do things they do not want. On the other hand, that's a situation we all sometimes experience, that you sometimes have to do things you don't want to do, just because the circumstances actually call for political leadership,” he said.

“The EU has to be able to exercise that political leadership now.”

Monday's meeting came after Germany, followed by Austria and Slovakia, announced it would introduce border checks after revealing it could no longer cope with the record influx.

But Sweden, which takes in the second largest number of asylum seekers in the EU, will not follow suit in the near future, Prime Minister Stefan Löfven vowed on Monday.

“We are not close to such a situation,” said the Social Democrat leader at a joint press conference with European Parliament President Martin Schultz on Monday.

However Finland announced it would increase checks at its Lapland border with Sweden after growing numbers of asylum seekers crossed into its territory from Sweden's far north in recent weeks.

The country’s interior minister Petteri Orpo described the refugee situation in the region as “out of control”.

However he said that Finland was not currently planning to re-instigate full border checks.

Sweden's Prime Minister is likely to face stiff opposition as parliament opens for the season on Tuesday. The nationalist Sweden Democrat party has said Sweden should close its borders as the country copes with the biggest influx of refugees in a decade.

And the leader of Sweden's biggest opposition party – the centre-right Moderates – was among those joining calls for temporary border checks on Monday.

“It's about temporarily improving control, not about closing borders,” Anna Kinberg-Batra told the TT newswire.