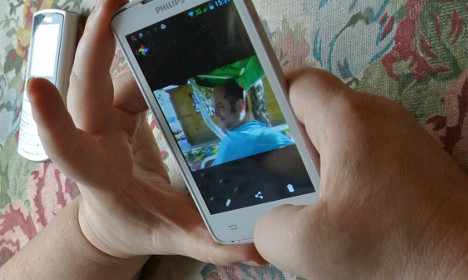 Gennady Kravtsov was accused of passing state secrets to Sweden by sending his resume in 2010. He was arrested on charges of treason in May 2014 as part of a classified case.

Kravtsov's defence team has said he worked for the Main Intelligence Directorate, the intelligence branch of the Russian military, for 15 years and quit in 2005.

In a statement sent to Russian news agencies, the Federal Security Service (FSB) said that Kravtsov applied for work with the “Radio-technical centre of the Swedish defence ministry” in which he “passed information about activities of the Russian space intelligence”.

The Swedish defence ministry controls an agency called the National Defence Radio Establishment (Försvarets radioanstalt, FRA), though it was not clear whether this was the organization where Kravtsov sought employment.

FRA was in the international spotlight two years ago after leaked documents from whistleblower Edward Snowden accused it of helping the United States National Security Agency (NSA) spy on Russia.

The trial of Kravtsov was closed to the media and the judge sentenced him to serve 14 years in a strict penal colony on Monday.

His lawyer Ivan Pavlov said the prosecution based the case on classified regulations that were not shown to the defence, some of which went into effect after his client quit the military, and that he had been forced to “work blind”.

Kravtsov was not given his own case materials due to their “secret” nature, Pavlov wrote on his Facebook page ahead of the verdict.

“We prepared over a hundred questions to expert witnesses… but were not allowed to ask them, they denied any experts to the stand,” he wrote.

Russia has charged an increasing number of its citizens with high treason in recent months amid heightened tensions with the West over the Ukraine conflict.

Among other high-profile treason cases was that of a provincial housewife and mother of seven who phoned the Ukrainian embassy worried that soldiers stationed in her town may be sent there. The charges were later dropped after a public outcry.

Sweden-Russia relations have been under increasing strain in the past year, over a number of incident including submarine hunts and aerial incursions. According to Sweden's Security Service Säpo, the biggest intelligence threat against Sweden in 2014 came from Russia.