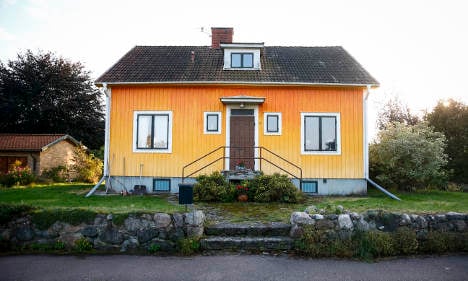 Bernth Uhno, an artist from Skänninge, bought the house earlier this year and gave it its first makeover in more than 30 years, since it had been empty since 1981.

He swapped its old, flaking yellow paintwork for a more vibrant shade of orange at the top of the building, which turns gradually lighter and more yellow towards the bottom, giving a ‘dip dye’ effect.

But in March local councillors ruled that the colour scheme was “not Swedish” and told him to redecorate it in a more suitable shade.

The nationally controversial decision caused a swirl on social media. However on Tuesday it emerged that Östergötland’s administrative board had overturned Skänninge municipality’s decision.

“Even though the coloration differs, it is not to the extent that it it requires redecoration,” Anna-Maria Edlund, a spokesperson for the board, told Sveriges Radio.

She said that the municipality did not feel it could force the artist to repaint his property under Swedish planning and building legislation. However, Bernth Uhno might not be able to tidy away his brushes just yet.

The municipality has the chance to appeal the decision by the board in in Östergötland and take the case to Sweden’s Land and Environment court (Länsstyrelsen).